Filled with the Holy Spirit

In Cambodia, many people believe in spirits that can inhabit lands, buildings, or even people. Such was the case of Pok.

Pok and his wife, Oeun, live with their two children in Toul Sala, a village where you send Resonate missionaries Navy Chann-Chhay and Ly Chhay to train Christian leaders. Just an hour’s drive from the hustle and bustle of Phnom Penh, the land is greener and the pace of life is a little slower.

But Pok and Oeun’s home was anything but peaceful. Oeun was alarmed by her husband’s behavior. He didn’t work or do chores around the house. He spent much of his time drinking and sleeping off the alcohol. Even the neighbors didn’t like him.

“They thought he was sick, [and the family] spent a lot of money to treat him,” said Navy. “But he did not get better . . . she and her neighbors felt a bad spirit was in him.”

A believer, Oeun prayed for her husband for many years, but his behavior remained unchanged.

And then one day Oeun and Pok took a step of faith. 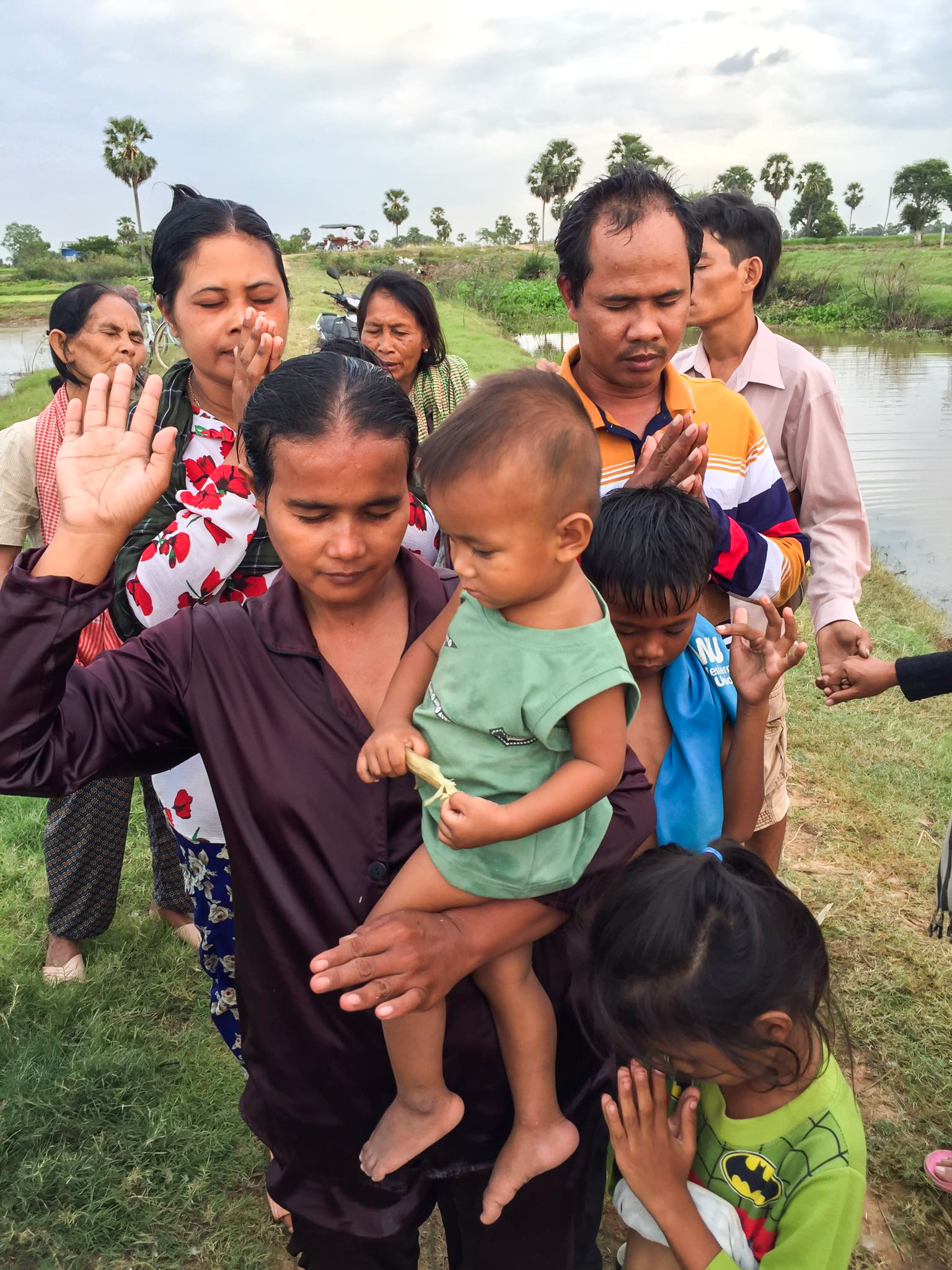 The Power of Prayer

Oeun took Pok to the local church that Pastor Tes Kimsreng leads. Pastor Tes is a graduate of Timothy Leadership Training (TLT), which Navy and Ly facilitate to equip Christian leaders who wouldn’t otherwise have access to training.

Because of the training you made possible, Pastor Tes is not only a better leader for her congregation—she’s able to equip believers of her church to step into leadership too! Pastor Tes found TLT to be so helpful that she has also become a trainer, and she encourages all of the leaders in her church to participate in TLT training.

Even though Pastor Tes wasn’t at the church building when Oeun and Pok showed up, her church was ready to receive the couple. The church leaders prayed, asking God to heal Pok.

Making a Big Difference in a Small Community

It was as if chains fell from Pok’s wrists and ankles. The Holy Spirit filled him. He was so overcome with joy that he accepted Christ as his Lord and Savior!

Since then, the church has helped Pok make a lot of changes in his life. He doesn’t drink anymore, and he helps to provide for his family. He is a friendly and helpful neighbor.

Seeing the changes in Pok’s life, Pastor Tes invited Oeun and Pok to participate in TLT training. The couple eagerly agreed and have grown in amazing ways in their faith! Because of TLT, Oeun, Pok, and their two children all decided to be baptized!

“[They’re] more joyful and active in the church and community,” said Navy. “The community sees them as role models.”

Thank you for your support! Your support of Resonate missionaries and their ministry is making a big difference in the lives of people throughout the world!