On his many trips to and from the church he pastors in Soroti, Uganda, Martin used to miss opportunities to show God’s love. But not anymore.

Martin’s church in Soroti, Uganda, is located adjacent to land that is usually inhabited by a group of Muslim squatters who eke out their existence washing cars for passersby.

“In the past, Martin would have these men clean his car, but he had no relationship with them,” said Diana Boot, a Resonate Global Mission missionary serving in Uganda. “They were just known as homeless, poor, addicted, potentially dangerous men who were shunned by the community.”

That changed in the summer of 2017 when Martin attended a workshop at the Theological Education in Africa conference sponsored by Resonate Global Mission. Called  “Can Our Cities Be Famous for God?” the workshop was led by Resonate’s Joel Huyser and Michael Ribbens. It challenged Martin to think about how he and his church could witness to the community.

Martin was challenged to get to know this group of squatters and to be seen with them.

“He developed relationships with them and has been gently speaking with them about making life changes gradually,” said Boot.

These relationships came at a cost—members of his church began criticizing Martin for having contact with these men. In this part of the world, it isn’t typical for a pastor to relate with such people.

Still, Martin’s joy, energy, and deep love for this little community has brought transformation. Martin focuses on helping the men work together as a group and has helped them start a savings circle managed by one of the group members. As a sign of solidarity and trust, Martin also makes a contribution to the savings each day.

“It was beautiful to see the pride the men took in how much money has . . . been saved and to hear their dreams and plans of what that money would be used for,” said Boot after visiting with Martin and the group. “There was a sense of hope in their future.”

As these men begin to stabilize and heal, Martin hopes to continue showing God’s love to the city’s prostitutes, another group that is undergoing a time of crisis. 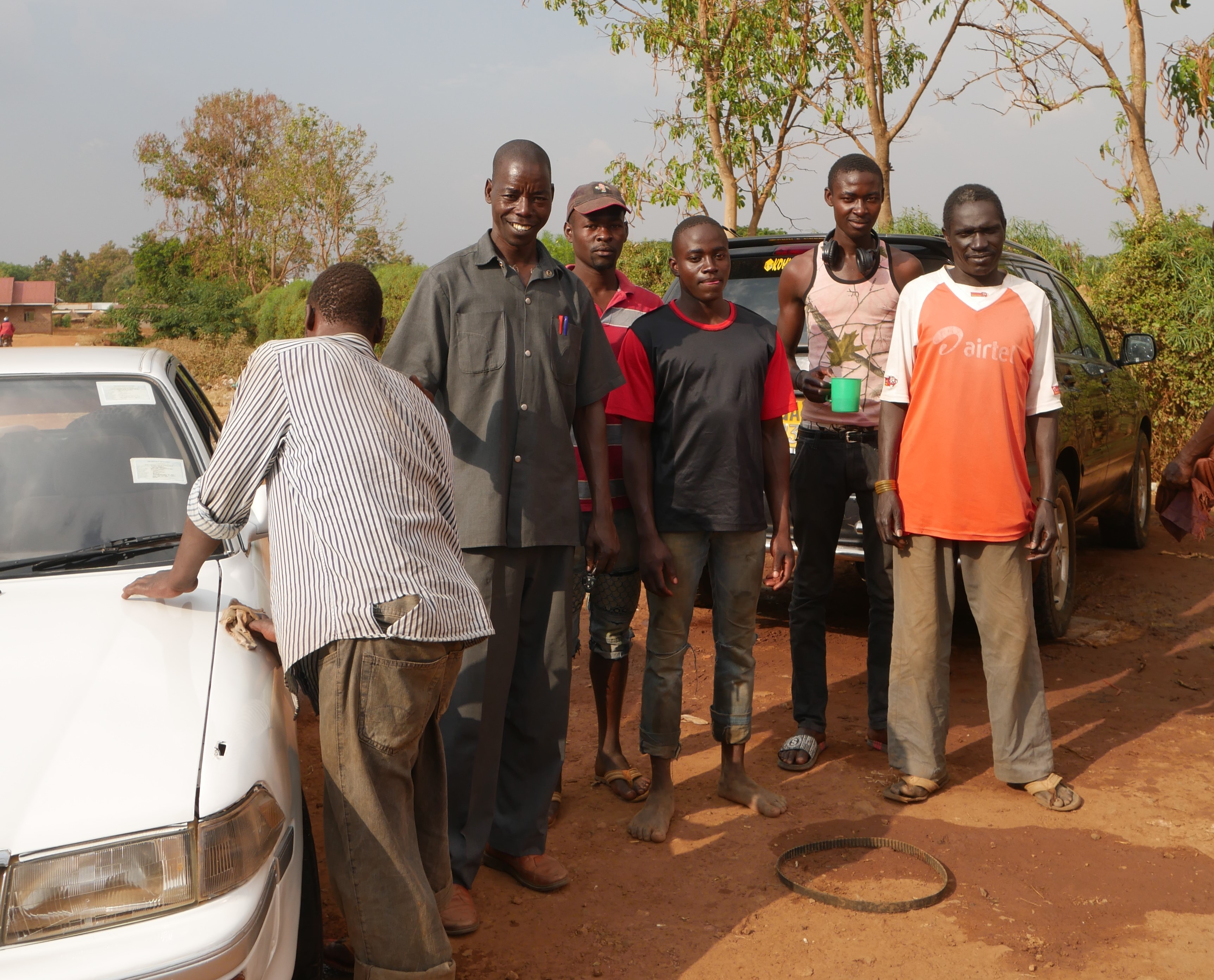 Thank you for your support for ministry that is taking place around the world through Resonate Global Mission. Your gifts make it possible for people like Martin to minister in new ways.

Story update from Diana: "I was recently in Soroti and had an opportunity to visit with the group again on several occasions. It was remarkable to see the change in them; several men have moved away into other business ventures  or were reconciled with their families. While addictions were still evident, the men didn't look as damaged and they were clearly taking more pride in their appearance.