Sharing the Gospel from West Africa to the Suburbs of Chicago

Evy* had never heard about the Fulani, a people group in West Africa who are mostly from a Muslim background. But that didn’t stop her from packing her bags, flying across the ocean, and moving into one of their communities so people would have an opportunity to learn about Jesus.

Now, 30 years later, Evy is back in her hometown: the suburbs of Chicago. City life is a far cry from her rural ministry—and the culture is very different—but she’s hoping to use a similar approach to sharing the gospel with her North American neighbors as she did with her Fulani friends. And there’s much that believers in North America can learn about sharing their faith from this ministry among the Fulani.

First Years on the Field

Evy and her friend, Grace, joined Resonate Global Mission (then Christian Reformed World Missions) in 1990 to serve among the Fulani. After a year and half focused on language-learning (French and Fulfulde), they were invited to move into a village. The Fulani were curious about their new neighbors.

“For most people, we were the first Christians that they had ever met,” said Evy.

They were also two single women moving into a culture where it’s customary for all women to get married and for men to have all of the decision-making power. It was a difficult adjustment that came with many challenges.

“I think in the beginning they didn’t quite know what to do with us,” said Evy. “It took them awhile to accept us. They really watched us.”

But Evy and Grace moved into the village with a posture of humility. As is practice with all Resonate ministries, they didn’t immediately start talking about Jesus as Lord and Savior; they moved in and visited with their new neighbors, listened, and learned about Islam and the Fulani culture.

After a few years, there seemed to be a turning point. Evy and Grace left the village to travel back to Canada and the United States so they could connect with churches and individuals who were partnering with them in ministry. The Fulani in their village had seen many expatriates come into the village, implement projects, and then leave. For good.

But Evy and Grace came back.

“Not only did we come back, but we established a home,” said Evy. “We bought animals. We had cows, sheep, and chickens. 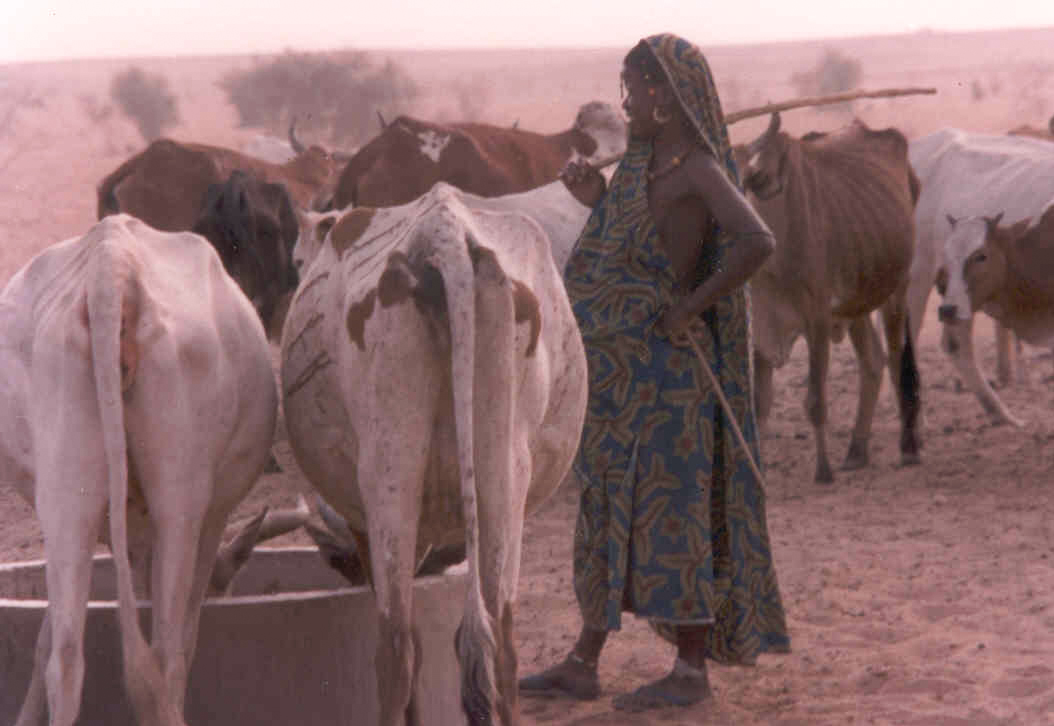 Open Doors to Conversations about Jesus

Grace stayed in the village for nine years before returning to the United States. Evy stayed for an additional 20 years. God provided many opportunities for them to share the gospel, both through actions and words.

Evy worked with the village on a number of projects, including drilling wells and starting gardens, but many hours of her day were spent visiting women in the village—women who became her close friends.

The Fulani, who are very hospitable, welcomed Evy into their homes. And Evy, who never considered herself “crafty,” learned embroidery and how to weave mats. They spent afternoons talking, drinking tea, and working at their art. Oftentimes, they listened to tapes of the Bible in Fulfulde.

One day, the husband of one of Evy’s friends came inside and started asking questions about the tapes. He had been outside in the courtyard, where he overheard the recording. He was curious. After discovering that he could read Arabic script, Evy gave him a copy of Matthew in Ajami-Fulfulde language written using Arabic letters.

“The next time I came to visit his wife, he was sitting with a friend outside in the yard, reading it together,” said Evy. “God gave us opportunities. Theoretically, we as women shouldn’t have had any impact on the men at all. But there were many times when God, in spite of ourselves, was able to reach people we didn’t think we’d be able to reach.”

Another day, Evy was walking back to her house when the daughter of one of her friend’s stopped her. It was Binta*. Evy met Binta when she first moved to the village. At the time, Binta was 10 years old. She and her friends would hang around the house whenever Evy visited with Binta’s mother. As Evy shared about Jesus, Binta heard the stories.

More than 10 years later, Binta was in her 20s. She stopped Evy and said, “I really want to learn more about Jesus. I want to follow Jesus.”

“We had a chance to talk,” said Evy. “It was amazing how many of the stories she knew because she had heard them when she was a little kid. And yeah, she wanted to follow Jesus.”

Even though they live an ocean away, Binta and Evy are still in touch today. Binta was pressured into a marriage with a Muslim man. It’s not a situation Binta would have chosen for herself, but Evy says God is working through her. Binta’s husband is a teacher of Islam. He teaches young children from the Quran every morning, but then those children were left to go out and beg for food (a practice for them to learn humility). Binta has stepped up to care for these students. She washes their clothes and provides them with food each morning and afternoon.

“Although she’s in this really hard situation, she’s praying that God will help her to be a strong follower of Jesus,” said Evy. “And she’s showing Jesus’s love to these students. These kids love her. She’s got a ministry taking care of these kids.” 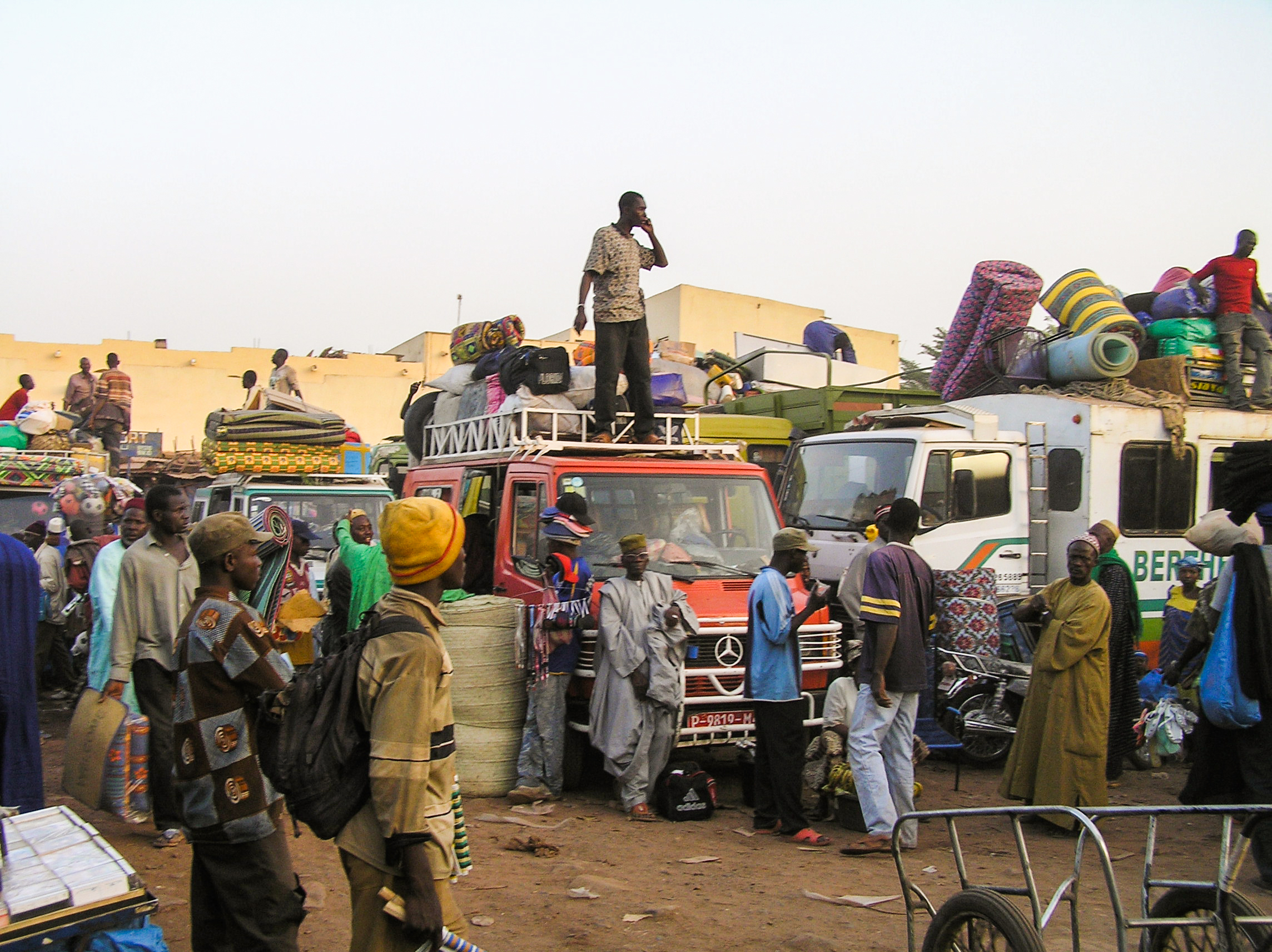 Many Fulani are devout Muslims. It can take a long time before someone decides to follow Christ. For Evy, it took 10 years before she saw her first Fulani neighbor confess their faith in Jesus.

It can take a long time in North America, too. Many people still might think of Canada and the United States as Christian nations, but more and more people are identifying as religious “nones.” People aren’t only unfamiliar with Christianity, but spirituality and faith in general.

As Evy settles into life in Chicago, she’s hoping to use similar approaches to sharing the gospel with her suburban neighbors. She’ll strive to step out of her comfort zone, meet people, and build relationships with them. It might look a little different because of the coronavirus pandemic, but she’s thinking about shoveling snow from driveways, calling people to check in on them, and more until it’s safe to meet with people in person.

She encourages believers of the Christian Reformed Church in North America to do the same.

“You don’t need to have gone to big workshops or have a degree from a seminary to be able to talk about your faith in Jesus,” said Evy.

Take the time to get to know your neighbors. If they’re from a culture or faith background that’s different from your own, ask them about it. Be curious. Be supportive in the hard parts of life. Celebrate with them in the joys. Share about your own life and faith.

“I think sometimes when we’re sharing the gospel, we expect people to go from point A to point B, but in between there are all these subpoints,” said Evy. “Think about bringing people a little closer to knowing Jesus. It’s just little bit by little bit bringing them along. And trusting that the Holy Spirit is the one who is doing the real work.”

Evy said it’s a privilege to work alongside God to spread the gospel. It requires intentionality and patience, but she said the message of the gospel is like “a pearl of great price.”

Learn more from Evy about sharing your faith with your neighbors here.

*Names changed or last names withheld due to security concerns