Sharing the Gospel through Friendships

Barb and Norm Fichtenberg once considered serving as missionaries overseas. Instead, they found a calling to share the gospel cross-culturally within their community in Michigan.

The Fichtenbergs are part of Resonate Global Mission’s Journeys into Friendship network, which provides a community of practice for anyone who is interested in bridging divides between cultures and building relationships with people from a variety of cultures, languages, and faith backgrounds.

The Fichtenbergs joined the Journeys into Friendship community when it formed a few years ago—after years of Barb and Norm building relationships with people who have moved to the United States from other countries, either short- or long-term.

“Opportunities to share with and learn from others who also serve diasporic communities have been lacking until Journeys into Friendship was formed,” said Norm. “This network of Christian servants from across North America and the world has provided a wonderful support system for everyone who serves or wants to serve people from other nations, ethnicities, cultures, and religions.”

Barb has met many people from other countries through her work teaching English as a second language, and the couple has also served as a host family for a student from India who was studying at Wayne State University in Detroit. Since then, their global connections in their local communities have only grown. Through every relationship Barb and Norm have formed, they’ve been able to share their faith in Christ through both words and actions.

And they’ve seen God at work. 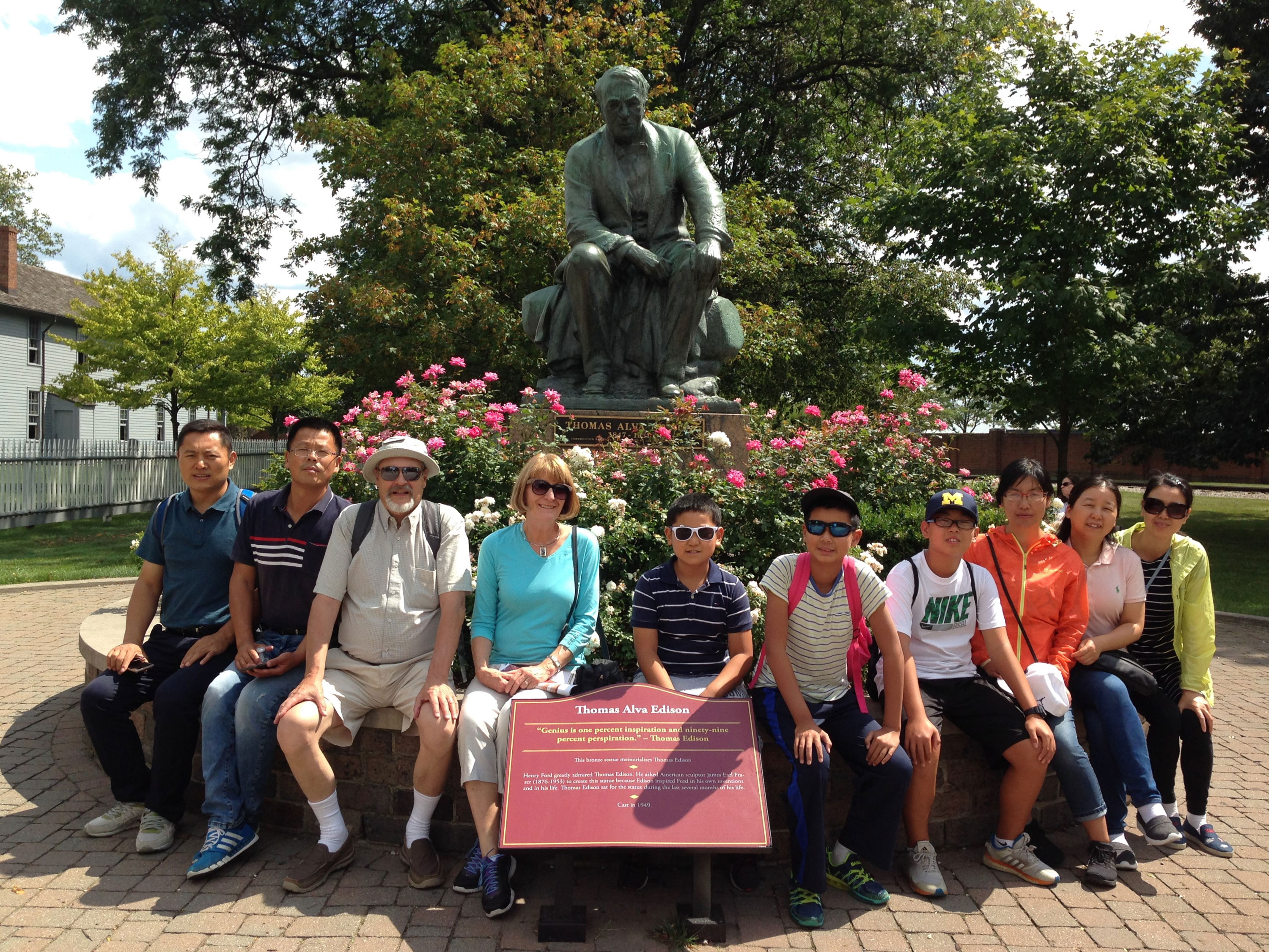 “Our focus has always been on hospitality, cross-cultural friendships, and embodying the gospel in our relationships with them by living out the good news of God's love for them,” said Norm. “We always respected their ideas and points of view regarding religion and faith.”

One year, a woman from East Asia moved to Michigan and visited the church Barb and Norm were attending. It has always been more difficult to learn about Christianity in the woman’s country, and today, the government keeps a close eye on religious activity. But Barb and another church member welcomed the woman and helped her navigate the new community and culture. They all became good friends, and eventually, the woman expressed an interest in learning about the Bible and God. Barb studied the Bible with her, and the woman accepted Christ as her Lord and Savior.

At another point, Barb and Norm moved near Ann Arbor and began forming friendships with visiting scholars and grad students at the University of Michigan. They drove to the city weekly to spend time with their friends, and the friends introduced Barb and Norm to even more people in their circle. As friendships grew, people often expressed an interest in studying the Bible. Barb and Norm gladly agreed to study God’s Word with them.

When the couple moved to Ann Arbor, they started a weekly dinner and Bible study at their home for grad students and visiting scholars, most of whom were from a country where Christianity is not prominent or even common. Ann Arbor CRC, the church where Barb and Norm are members and lead an outreach ministry, provided funds for food and other costs and helped with transportation. Another couple from the church also helped extend hospitality.

Barb and Norm have built relationships with hundreds of people over the years and have celebrated with several people as they accepted Christ and were baptized. When or if their friends move back home, Barb and Norm always encourage them—and try to help them—connect with a church community.

“Barb and I have been affirmed and our horizons expanded by participating in the diaspora ministry,” said Norm. “Given that every follower of Jesus lives near diasporic communities, this ministry represents a critical, long overdue contribution to the witness of the church both at home and abroad.”

Are you interested in bridging divides and building friendships with people from a variety of cultures? Resonate would love for you to join the Journeys into Friendship network. Learn more at www.ResonateGlobalMission.org/Journeys-Friendship.