In a neighborhood of Wyoming, Michigan, gunshots crack the air at least once a week. But last summer, a group of 50 kids participated in a week-long Bible club and then walked the streets singing “This Little Light of Mine.”

“That week, they did not have a shooting,” said Wayne Ondersma, pastor of The PIER, a church that was planted with support from Resonate Global Mission.

He said he doesn’t think it was a coincidence. God used them to create peace in the neighborhood. That’s why The PIER, Friendship CRC, and Providence CRC have worked together to host Backyard Bible Clubs—a reimagined Vacation Bible School (VBS). This year, the three churches are hosting Backyard Bible Clubs again in more communities.

Seeking to Make a Great Impact

“Like many churches, we had run a VBS program for many years, hosting around 100 kids in our facility or off-site with partnering churches,” said JB Wernlund, pastor of outreach and congregational life at Providence CRC.

But Providence CRC found that most of the kids at VBS were already regularly attending church. “We still think VBS is a great ministry … but we just wondered if there was a way to make a greater impact,” said JB.

JB and other members of Providence CRC wanted to reach children who have little or no knowledge of Jesus so they can know the Savior and be a light in their communities.

Providence CRC connected with The PIER and Friendship CRC, two neighboring churches who were switching up VBS and facilitating Backyard Bible Clubs in their communities. Providence CRC volunteered to serve and learn alongside them. This year, the church is hosting two of their own clubs. 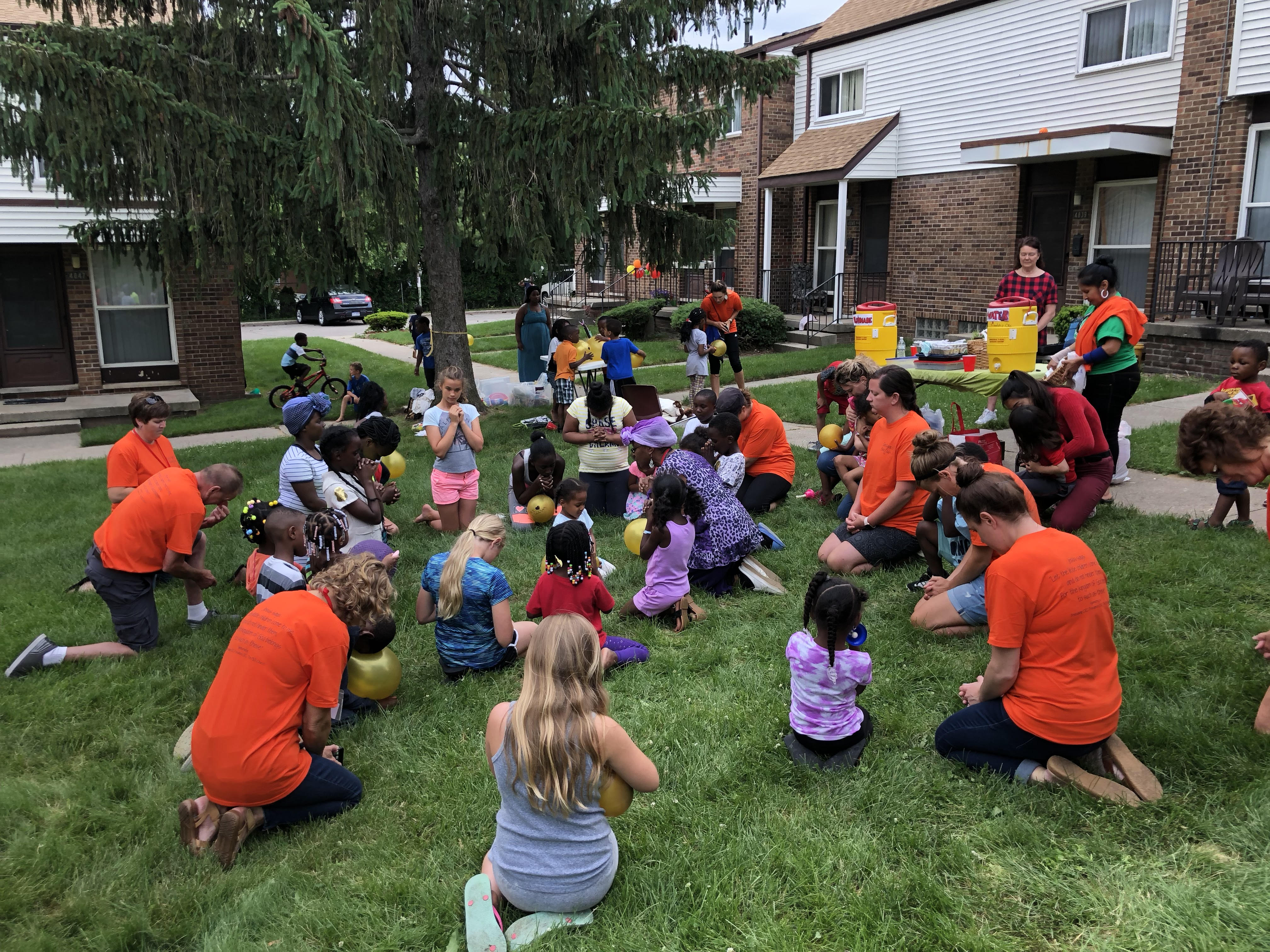 In Backyard Bible Clubs, an individual or family volunteers to host a week-long camp at their home. They knock on doors in their neighborhood and invite and register children to attend. For an entire week, a group of 10 to 15 children gather in a backyard just down the street from their home for games, crafts, and Bible lessons. Volunteers also have time to spend with kids so they can get to know one another.

After the week is over, the individual or family who hosted the club will follow-up with the families of kids who participated. The host will gift the families a starter Bible, read a story from it, and encourage the parents to keep reading it with their children.

“I like that we are going into these neighborhoods and not expecting them to come to us,” said Megan Van Goor, a member of Providence CRC who championed the church’s involvement in Backyard Bible Clubs. “Often these kids don't have transportation to get to VBS or church programs. By going to them they see that they are valued and loved and worthy—that salvation and the love of Jesus is for them too.”

“I think that’s the most powerful thing about Backyard Bible Clubs,” added Wayne. “We’re not asking them to come to our church. It’s about Christians going to where people live.”

Making a Difference in Communities

Wayne said the clubs have made a difference in families and communities. A single mother of four children is now regularly attending The PIER. A member of Friendship CRC is driving a few young women to church so they can participate in worship.

Management from a townhouse complex called Wayne at The PIER and expressed how excited they were about the clubs in the neighborhood; they asked The PIER and Friendship CRC to host an event for National Night Out for the families in the complex. He also got a call from the area police department, telling him they were hoping they would facilitate the clubs again.

“That is nothing I’m orchestrating,” said Wayne. “[I’m in] the passenger seat watching God work—pulling municipalities together to build community in this area.”

But Backyard Bible Clubs are about more than building community and making neighborhoods safe for kids. The PIER, Friendship CRC, and Providence CRC are passionate that kids and families hear the gospel message.

“Somebody’s gotta take the gospel out there,” said Wayne. “I think that these children are the next great hope for the gospel to begin to spread. They’re going to be the natural light within their homes, their schools, their communities as they grow up.”

A version of this story was originally published on crcna.org.