The Bridge, a church plant in Fergus, Ontario, supported in part by Resonate Global Mission, is passionate about engaging with the community. When the members learned about a recent need, they stepped in.

A Desire to Serve

As Pastor John Vanderstoep sought to partner with other churches in the community, he learned of three in the area that each hosted a community meal on Friday nights. They were looking for another church to fill the other Friday spot each month.

John wanted to fill that need, but The Bridge doesn’t have the physical space to do so. He started the church plant out of his own home, and the members take turns meeting at each other’s homes.

Fortunately, Melville United Church in town was willing to let The Bridge use their space. John and his wife started connecting with their neighbors, and two families now team with them and some other church members to put on the meals.

“So now we have a group of folks from The Bridge who, every month, put on a dinner for about 80 people in the community,” said John.

“At first I thought there were going to be people that needed it financially, and some of them do, but most of them are just looking for community,” said John. “So we put on this meal at Melville Church, and we tell jokes and open with prayer and let them know who we are—‘we’re followers of Jesus, but we’re really just here to have community with you.’”

New friendships are blossoming thanks to these meals, and John is experiencing more opportunities to serve others through those connections.

“One of the single fellows who comes to this community meal has become friends with [my wife] Carol and I,” said John. “His mother recently died, and he asked me to take part in leading the funeral.” 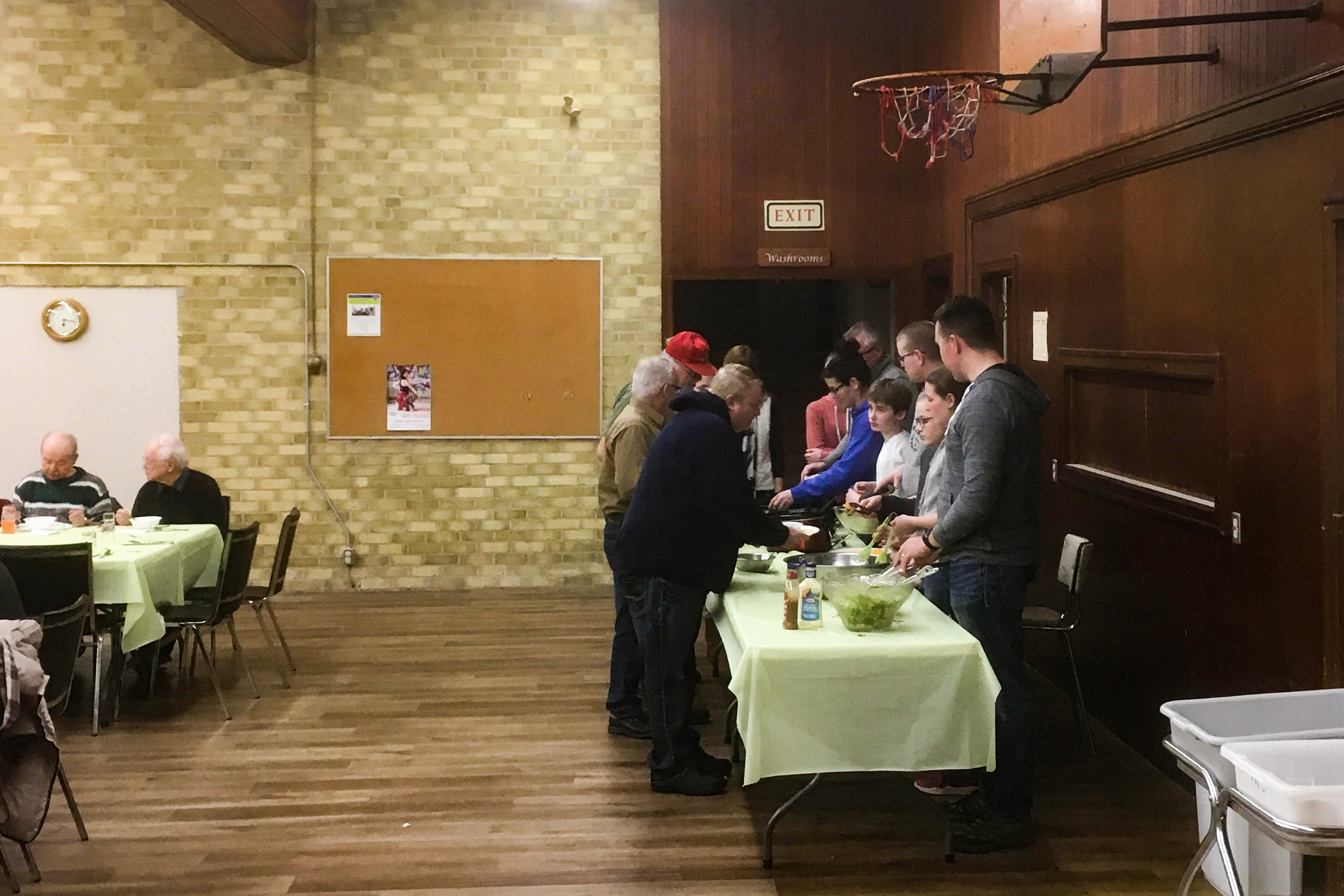 The focus on community and relationships was there from the get-go. When John and his family arrived in Fergus four years ago with the task of planting a church, God gave him some specific instructions.

“I thought I was suited to be an attractional, church-planter-type guy,” said John. “But as I got started, in my devotions with God, I just really heard Jesus say to me very clearly, ‘I’ll build the church—you make disciples.’”

Intentional discipleship is something that The Bridge actively seeks to practice and to show. Rather than creating church-based programs to attract new attendees, The Bridge comes alongside members of the community and participates in the city-based programs they are already involved in.

“It’s all about building disciples that are serving and loving the community,” said John. “That means looking for ways that we can serve the community together, but not necessarily as a church program.”

Praise God for church planters like John who engage with their communities, and pray that God will continue to motivate and empower the church to be true disciples of Jesus.