Meeting the Neighborhood’s Needs with Dinner and a Service

But SCC did not start as a church. It started as a dinner.

A Neighborhood with Needs

Allen, pastor of SCC, was working in ministry in the community surrounding Roosevelt Park CRC when the church closed its doors after 100 years.

“It left a void,” Allen said. “There were ministries. There were schools. But there was not necessarily another community church. Roosevelt Park CRC was kind of that mainstay where everyone was supposed to be welcome.”

Many people felt lost. Some stopped going to church. Some attended other churches in the city but never felt connected—their hearts were for their neighbors.

But then Allen met Henry Bouma, who had been a member of Roosevelt Park CRC and operated a ministry house in the neighborhood. They started walking the streets to pray and listen to the Holy Spirit.

Henry notes the neighborhood has many needs; more than 70 percent of the community’s population lives within the United States Federal poverty threshold. Physical needs, however, are just the start.

“People feel isolated,” Henry said. “They need community. From my perspective, that is what a church is all about and what God has put us here for—to be in relationships and connect. Sunday morning is a way to do that.”

But when God gave Allen and Henry the idea for SCC, they did not start inviting people together for a Sunday morning worship service. Instead, about one year after Roosevelt CRC’s last service, they invited a few people over to Henry’s ministry house to grill out, listen to music, and enjoy dinner and conversation in the backyard.

After a few months, the small group of people turned into 20 to 30 people. One night, Allen asked if they would be interested in a teaching at the next dinner—and a dinner guest suggested a church service.

Dinner and a Service

Today, SCC meets in The Potter’s House Middle School gymnasium. Over the past two years, the church has changed meeting locations and grown in members, but dinner has remained a constant.

After every service, the congregation gathers for a dinner funded partly by Resonate. Members often invite neighbors who do not regularly attend church. 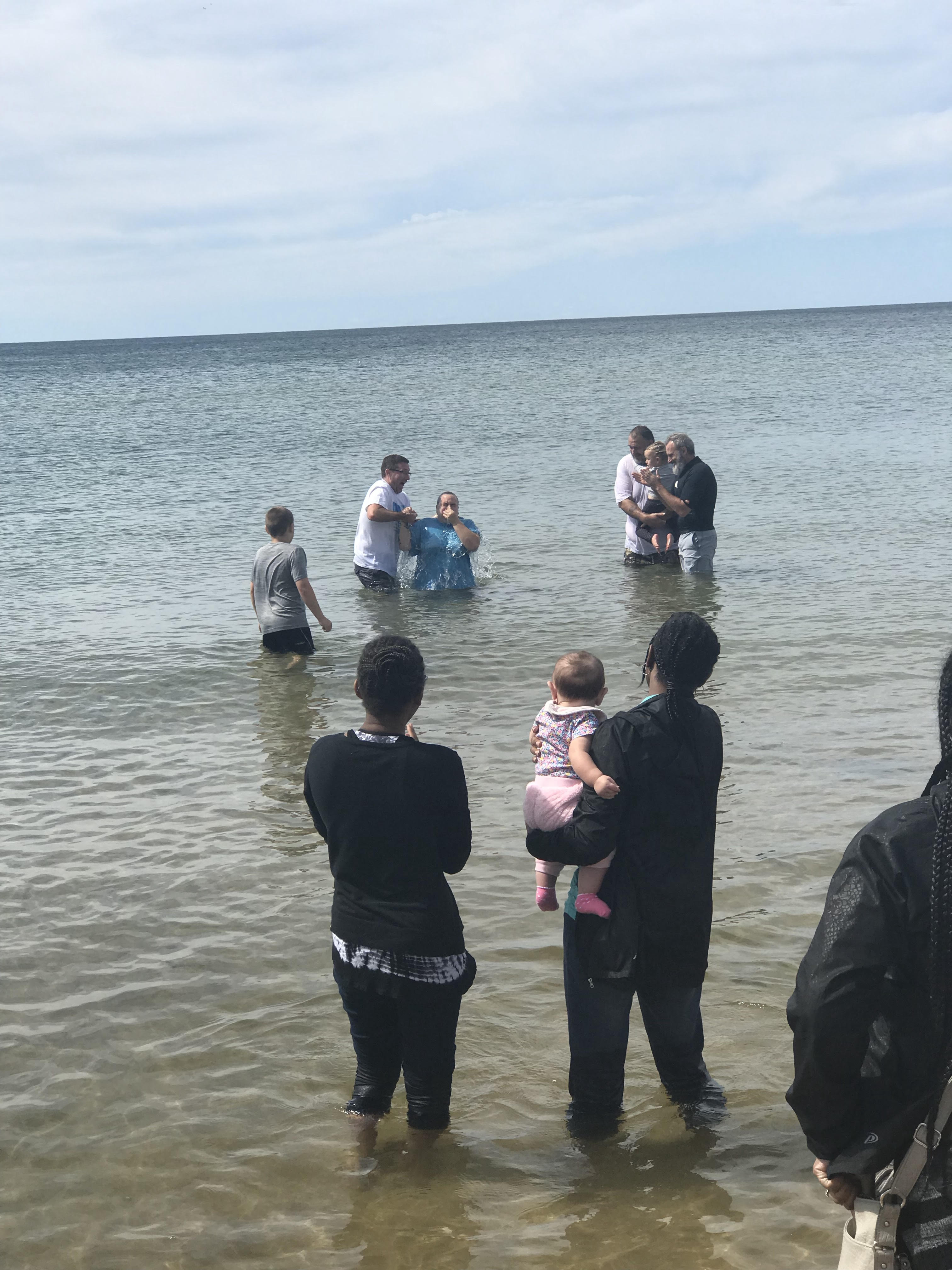 That’s how members Ron, Megan, and their four children were first introduced to SCC’s community. When Allen invited Ron and his family to check out the worship service and join the congregation for dinner, Ron had not been to church in more than 20 years.

The meals helped Ron and Megan feel at ease. Ron, Megan, and their children are now integral members of SCC. They committed their lives to Christ and were baptized as a family on September 9, 2018.

But gathering for a meal every week is not just a way for SCC members to introduce their neighbors to faith. The dinners also help build relationships among church members.

Praise God for working in and through SCC’s community! Thank you for supporting this congregation! Please pray for them as they continue to invite neighbors into relationship with God and one another.