Getting the Feel of It

Resonate Global Mission missionaries Dawn and Eugene Michelson recently returned to North America after serving for 32 years among the Fulani in West Africa. After visiting churches who partnered with them in mission, they will officially retire in August 2019. Here is a reflection from Dawn on her experience returning to North America after serving abroad as a missionary.

Use your words! Tell Mommy what you are feeling! Have you ever heard that? It’s a tool in child-rearing to help children to “get in touch with their feelings” so they don’t get bushwhacked by pent up emotions. There’s a certain logic to putting a name on what you’re feeling.

The Fulani, among whom we worked for three decades, have very few words for feelings. They have words for happy, sad, angry, jealous and afraid, of course, but not so many for more nuanced feelings like apprehension, worry, boredom, and irritation. The Fulani stuff their feelings and put value in reticence and reserve.

I’m somewhere in between. I’ve learned through experience that feelings are important, but not always trustworthy. Also, when you’re doing something that takes long-term perseverance, sometimes it doesn’t matter what you feel, you just have to stick to the job. If I’d have let my feelings guide me, I’d never have gone to Africa.

Now, Gene and I are recently retired after 35 years on that blessed and beloved continent. We’re doing a final tour of our supporting churches. We’ve been asked, “How does it feel making such a big adjustment?”

I know that sunshine is very important to my mood. We haven’t had enough of it. I know I’m pretty naïve for someone of my age. I know language, culture, travel, hospitality, teaching, and learning. I don’t know Medicare, Social Security, cell phone plans, and how much the Dow Jones fluctuations affect our retirement savings. And, then, there are all those things I don’t know that I don’t know! I tell you, it’s a jungle out there.

So, when some kind stranger sorts a bit of it out for me, I feel like hugging them. 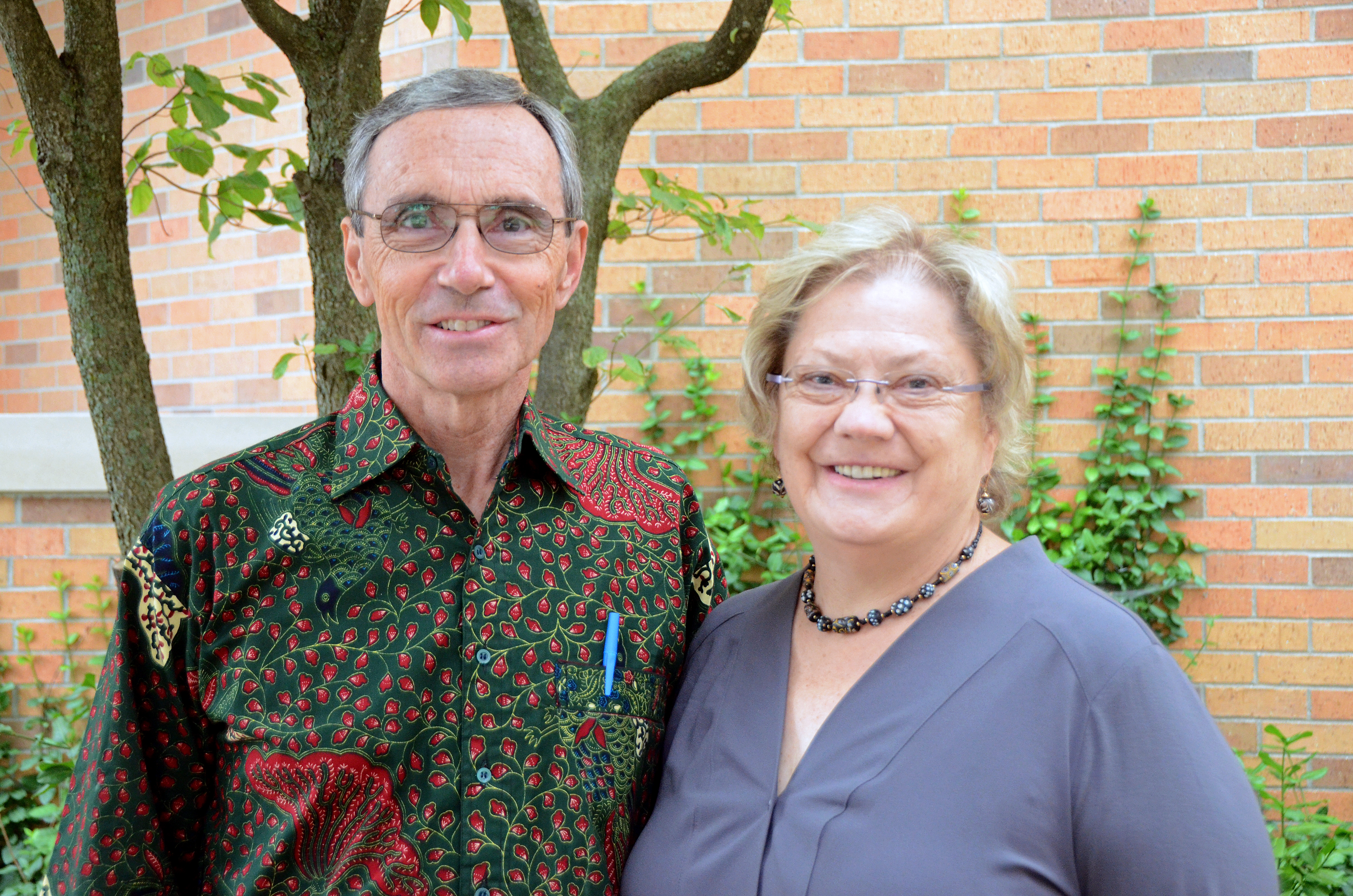 Sometimes in the past seven weeks I’ve even said “I feel like hugging you” to people I don’t know very well and then went ahead and hugged them, like my doctor, who’s only seen me at three-year intervals for the past nine years; or the woman at a garage sale who charged me three dollars for her late mother’s double-pointed knitting needles. They were worth a lot more than that. So we bargained up, and I ended up paying five dollars. And we hugged, and I told her sorry about her mother.

Or, yesterday, I almost said it out loud to the woman at the cosmetics counter at Macy’s. She did a fine job of explaining eyebrow pencils to me without intimidating me. See, my eyebrows have disappeared over the past 30 years. She said welcome to the club and proceeded to show me how to subtly paint in some virtual eyebrows. Gene said later that it would have been inappropriate to hug the make-up consultant in Macy's, so I’m glad I limited my expression of satisfaction to thanking her for being excellent at her job.

Maybe I’m more in touch with my feelings than I thought I was. The tears are leaking out of my eyes right now. I wish I knew the ropes. I’m unsettled about the future. But you don’t have to be a returning career missionary to feel that way, right?

This reflection was originally published on The Network.