Women in Ministry: Being Who God Called Me to Be 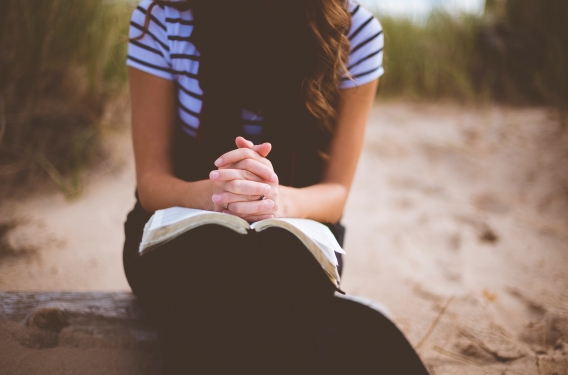 The Christian Reformed Church is celebrating an important anniversary this fall: 100 years ago, Johanna Veenstra took a giant leap of faith. In 1919, she stepped onto the steamer Mauretania and crossed the Atlantic to Nigeria. She not only became the CRC’s first female missionary, but the first missionary to serve outside of North America.

Together with you, Resonate Global Mission is continuing her work of answering God’s call to join him in mission, equipping young adults to serve, and raising up female ministry leaders. This blog, written by a Resonate missionary, is part one in a series of reflections on how the CRC continues to live out Veenstra's legacy today. Read part two. Read part three.

As I thought about Johanna Veenstra’s story and my own story as a missionary serving with Resonate Global Mission, I realized how much I’ve learned from my host culture about who God has called me to be.

Being here, where I am not in an upfront leadership role every Sunday, gives me the opportunity to listen and learn from local church leaders. In my context, many of those leaders are ordained women. For several years I’ve been worshipping in services where sometimes both the liturgist and preacher are female; sometimes one is male and one is female; sometimes they are both male. It was a female pastor who reached out to me when my grandpa died and I couldn’t go back for the funeral. Female pastors have become normal to me in a deeper way.

The hardest thread was when I heard the Holy Spirit intently whispering, “Go to seminary.” And I said, “But I’m a woman! What will my grandpa say?! What will my church say?! That’s really for other women, not for me.”

I tried to shake the idea and investigated other options for the next step in my life. And the Holy Spirit was persistent: “Go to seminary.”

Around this time I came to a story I’d never paid attention to before in 1 Kings 22 about the prophet Micaiah. King Ahab was preparing to go to battle and asked all the false prophets for advice. They all encouraged him to go. He also decided to call Micaiah. As they headed towards King Ahab, the messenger explained the whole situation to Micaiah and recommended that he also agree with the King’s plan. Micaiah replied that, “I can tell him only what the Lord tells me.” That turned out to be to tell Ahab this battle was a bad idea, and Ahab threw him into jail.

As I was reading, the line “I can tell him only what the Lord tells me” leapt off the page. And I knew, deep in my soul: “You can only do what God has asked you to do. God is asking you to go to seminary. Be faithful to that. Deal with everything else as it comes.”

"Living overseas, far from all that is familiar, has not been the hardest thread in my story. The hardest thread was when I heard the Holy Spirit intently whispering, “Go to seminary.” And I said, “But I’m a woman!"

I took the leap of faith and enrolled at Calvin Theological Seminary, not sure where this would all lead, but with a deep peace that this was the right step. My grandpa was more supportive than I dreamed possible. My church was more encouraging than I expected. And eventually I graduated from seminary and was ordained a minister in the Christian Reformed Church.

I am thankful for the opportunity to serve with the people who raised me in faith, but it hasn’t always been an easy journey. One of the challenges has been actually seeing myself as a pastor. During seminary orientation we went the denominational building, and staff there addressed us as “future pastors of the CRC.” I was thinking, “Wait, what? That’s not me!” I had never had a female pastor at that point. I had a hard time picturing myself as one.

I slowly grew into identifying myself as a pastor through seeing female pastors, trying it out on internships, and eventually being a pastor on staff at a church. And it still felt a little strange, something I was always conscious of, like clothing that doesn’t fit quite right.

And then I moved overseas, to a context with many ordained women. Week in and week out, I saw myself in them. My identity as a woman called by God to serve in this way sank deeper in my being.

When I was last in North America, I was the first woman to ever preach in one of the churches that partners with me in my work. And I realized that I wasn’t overly nervous. I didn’t feel the weight of all women in ministry on my shoulders. I could just be who God has called me to be.

Written by a Resonate Global Mission missionary. Author’s name and location withheld due to security concerns. This reflection was previously published on The Network.