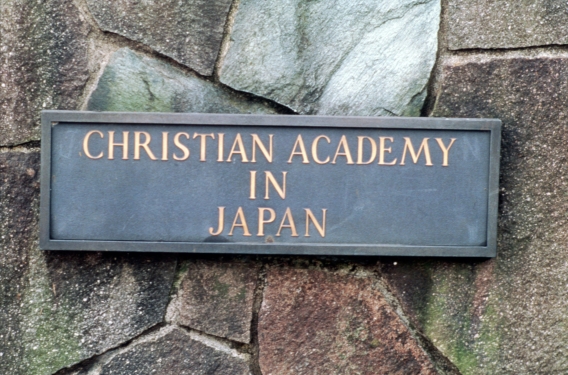 The public report from an investigation into allegations of abuse at one of our ministry partners, the Christian Academy of Japan (CAJ). is now complete. In response to the findings of the investigation, Resonate Global Mission wants to provide the following statement

In May of 2019, Resonate Global Mission launched a joint investigation into allegations of abuse at one of our ministry partners, the Christian Academy of Japan (CAJ). The joint investigation, initiated at the request of the survivors themselves, was conducted in partnership with CAJ and three of the other six sponsoring agencies: ECC-Serve Globally, The Evangelical Alliance Mission (TEAM), and WorldVenture. The public report from that investigation is now complete. In response to the findings of the investigation, Resonate Global Mission wants to provide the following statement:

Scripture tells believers to walk with God in the light of truth. As the staff of Resonate Global Mission, we confess that we are guilty of walking in darkness, and that it was those who have been abused, deceived, and ignored who have shined a bright light into that darkness. We were wrong. We now desire to stand with you in that light and grieve with you. We desire to listen to you. We repent of all the sins and failings that your light has exposed.

We, as members of the body of Christ, must not only speak out against abuse within the church and its institutions, but also act to ensure that the church’s future will be better than our past. It is because of this desire for healing, accountability, and redress, that we have fully supported and complied with the investigation into any and all allegations of abuse at CAJ.

The investigation has documented countless disturbing reports of grievous sexual, physical, emotional, and spiritual abuse of children at CAJ. It makes clear that during this period, we as an agency employed staff who abused children, hurtfully dismissed the concerns of abused children when they were raised, and failed to swiftly address inappropriate behavior. Additionally, it is clear that many children of missionaries were made to feel that their concerns and wellbeing were a secondary concern to the work of mission. We acknowledge and accept the conclusions that have been made in the report, conclusions that grieve us deeply.

We want to also acknowledge the courage of the survivors of abuse who shared these horrifying experiences with investigators. We want to thank you for your willingness to speak these difficult truths. We pray for you knowing that this is just a single step in the journey of healing. It is our hearts’ desire to shed light on these painful incidents and to learn all we can from them so that it will never happen again.

While Resonate no longer directly operates International Christian schools, as a result of these revelations, we have conducted a thorough review of the policies and procedures for Resonate staff that prevent and address abuse, including:

These events expose the troubling instinct of the church to protect its structures and institutions at the expense of its children. We have failed to exemplify the love and compassion of Christ and recommit ourselves to a mission of truth, trust, and humility. Resonate Global Mission is committed to continuing to work with the survivors of abuse and implementing the recommendations from the investigation report. It is our desire to do all we can to assist in the healing of those who have been abused and who continue to experience trauma as a result of these tragic events.