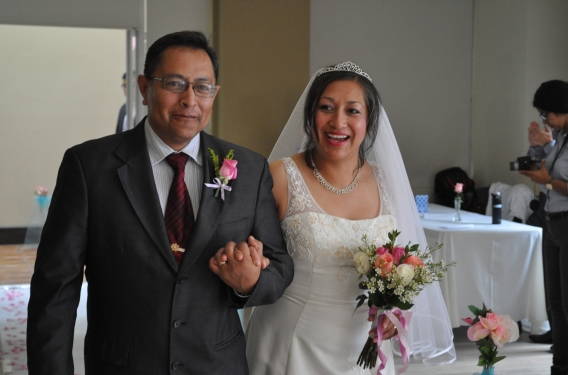 Sometimes marriage struggles are not evident in daily life. Pastor Israel and his wife, Elizabeth, thought their marriage was healthy—but they weren’t always honest with each other.

They acted differently as a married couple at church than they did at home. Church was a stage where they were polite and respectful. But at home, behind the scenes, they were blunt and would often bicker. Their children noticed.

When Resonate Global Mission missionaries Abe and Elaine Lee invited Israel and Elizabeth to participate in a marriage seminar, the couple opened up.

“They brought up a lot of issues they were having,” said Elaine. “[But] when they communicated with each other, they were able to share what was hurting them and what was making them happy.”

Recognizing that they were having trouble communicating with one another, Israel and Elizabeth asked for advice and were able to come up with a plan. In the months after the seminar, they worked on being honest with one another both in and out of the home.

“Now they talk more, talk to each other,” said Elaine. “As they’re getting better, their children are responding to that.”

“Marriage ministry is so important,” said Abe. “First of all to our pastors, and through them, their churches. We want [the pastoral couples] to see their weaknesses. They don’t have to be perfect to counsel other people. But they need to recognize their own weaknesses, and by sharing their weaknesses, give other couples hope.”

Marriages are intimate bonds that take a lot of work to maintain and strengthen, and the challenges cross all ages, socioeconomic sectors, and national boundaries. But marriage is an important covenant designed by God—a portrait of God’s own love for his church. That’s why Resonate missionaries Abe and Elaine come alongside pastor couples and support them in their marriages.