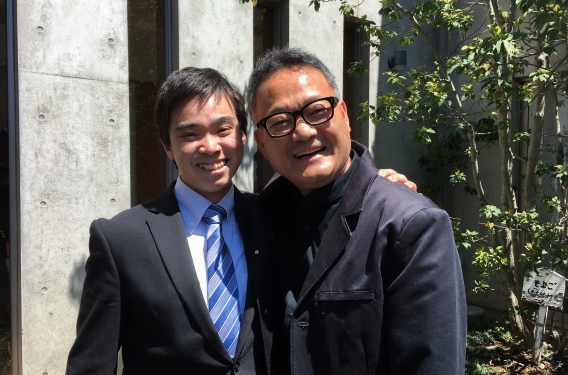 “The existing Japanese churches are rapidly aging and fragile due to a lack of young people,” said Resonate Global Mission missionary Ken Lee, who serves in Japan with his wife Jeannie.

But God is raising up more young adults to be leaders in Japan’s churches—and he’s doing it through persistent prayer.

Ken and Jeannie reach and disciple young adults in order to continue growing and strengthening the church in Japan. They do this through small group Bible studies, one-on-one discipleship training, and opening their home so young adults can invite their friends who are not yet Christians to spend time in a Christian community.

But first, they pray.

“I work for God,” said Ken. “If I work for him, then I need to hear what his plans are and what he wants me to do … that’s why prayer, talking to God, is very important to me. To find out where he is working and how he wants me to participate in his work.”

Following the Holy Spirit’s leading is decisive in Resonate’s work joining God on mission. Wherever God sends church planters, campus ministers, volunteers, and missionaries like the Lee’s throughout the world, God is already at work. That’s why prayer is the foundation of all ministry work.

In prayer, God highlights young adults for Ken to disciple for church leadership. “There are certain people God gives me a heart for,” said Ken.

Tomoki is one person God gave Ken a heart for. An elementary school student when Ken first met him, Tomoki and Ken reconnected while Tomoki was studying at university. He told Ken that he felt called to seminary, and Ken started studying the Bible with him and encouraging him to live a life of prayer. Ken also helped coordinate an internship at a church for Tomoki, where he’s now a leader.

Again, Tomoki was an answer to prayer. “He too has a vision for sending young people to seminary,” said Ken.

Following the Lees’ example, Tomoki and his wife often invite young adults over to share a meal. “That gives them a chance to talk and share about faith,” said Ken. “He guides them in decision-making.”

Tomoki is just one person in Japan who God is working through, but with prayer, he’ll make more disciples. By equipping leaders like Tomoki, Ken and Jeannie are helping the gospel to spread in a country where very few people know Jesus.

“We just praise God that he answered our prayers,” said the Lees.