A New Normal of Bivocational Ministry 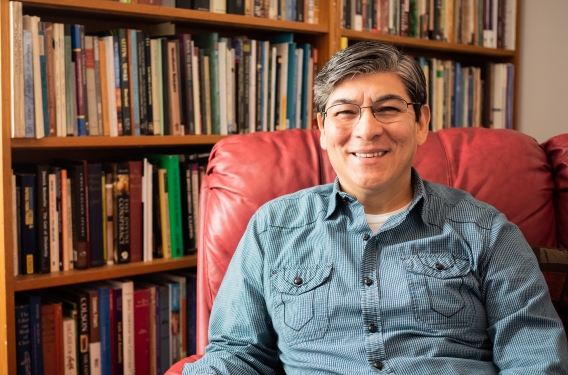 “What does it mean to be a pastor? They embody Christ, and they share God’s love with conviction and with reverence, and they usher you into the space before God. It’s beautiful,” said Sam DeJong McCarron, who works as a ministry vocational consultant for the CRC’s Pastor Church Resources.

Approximately 45 percent of Resonate Global Mission church planters work an additional job outside of their church. While working another job can be demanding on a pastor, it can also be rewarding for them and their church. Many classes and churches seeking to plant a church are discovering that bivocational pastors are a good fit, not a limitation.

Resonate church planters have found that bivocational ministry can be an answer to challenging questions on how churches can grow and bring a robust gospel to their communities.

How do you sustain a church financially?

“Church planting is hard. It’s even harder if you’re trying to reach those outside of the church,” said Joe Paravisini, a software engineer and pastor of The Neighborhood in Providence, Rhode Island.

In addition to many people in the community who have little or no understanding of what it means to follow Jesus and be part of a church family, Paravisini notes that many families in his church plant’s neighborhood also struggle financially.

“Less than half of the households have both parents around, with a majority being single working mothers of several children,” he said. “Planting a church here means understanding that the local giving will always be a struggle, so finding ways to supplement that is important.”

Paravisini’s software engineer career supports his family so funds for the church plant can be directed to other aspects of its ministry. “I can afford to slow down and walk with people on God’s time since there is no ticking clock on a runway budget running out,” he said.

But it’s more than finances that keeps Paravisini bivocational in this season. He cherishes his software engineer job for the people he’s met and the relationships he has formed with his coworkers and clients who he may not have met at church. 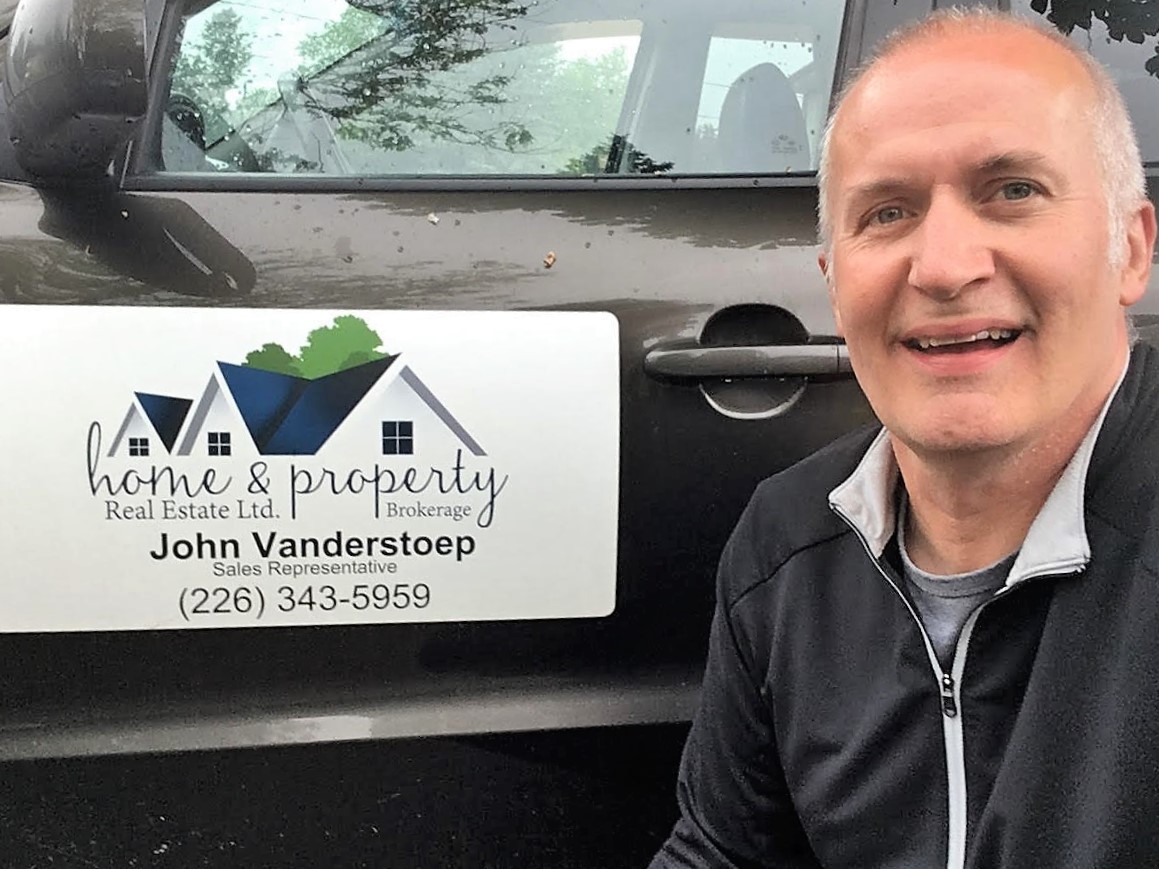 How do you engage the community?

“Identifying to people outside the church as a pastor can put people’s guard up,” said John Vanderstoep, pastor of The Bridge, a church planted with Resonate’s support in Fergus, Ontario. He’s also a realtor.

“There are so many people who are just very guarded about Christianity for a host of reasons,” said Vanderstoep. He said they may have been hurt by the church or they may have found Christians to be judgmental or close-minded.

“When I’m not first a pastor to people but a realtor, then that helps them to be a little more relaxed,” said Vanderstoep.

He recently officiated a wedding for a couple—she had been raised in the church, but her partner had not. “He wasn’t interested in the church,” said Vanderstoep, “but they asked me if I could do the wedding, and I did.”

Now, the couple is working with him to find a house.

“I see a curiosity he has about Jesus,” said Vanderstoep. “He might not invite me to regularly meet with him as a pastor, but as a realtor, I’m meeting with him regularly. Sometimes, our conversations move over to some of his curiosities … because [he’s working with me,] it gives him space to be in conversation with me without him feeling like he’s going to a pastor. You never know how God is going to set up relationships.”

How do you raise up leaders in a congregation?

“There are people stepping ahead all the time. They’re not waiting for the pastor to tell them what they have to do,” said Karlos Palacios, a university professor and pastor of Iglesia Cristiana Reformada Comunidad de Fe Poinciana in Florida.

Palacios trusts that God did not send him to plant a church alone—God sent many believers to work alongside him. When a need arises while Palacios is busy working outside of the church, he says it’s not a problem because someone from the church is ready to assist. He’s thankful for the members who commit to praying for the church, help with administration, feed people living on the streets, visit people in the hospital, and empower the church’s young people to serve.

“I was very intentional finding those gifts in them and meeting with them,” he said. “I taught them what it means to be the church and encouraged them to serve God’s kingdom with their gifts and talents.” 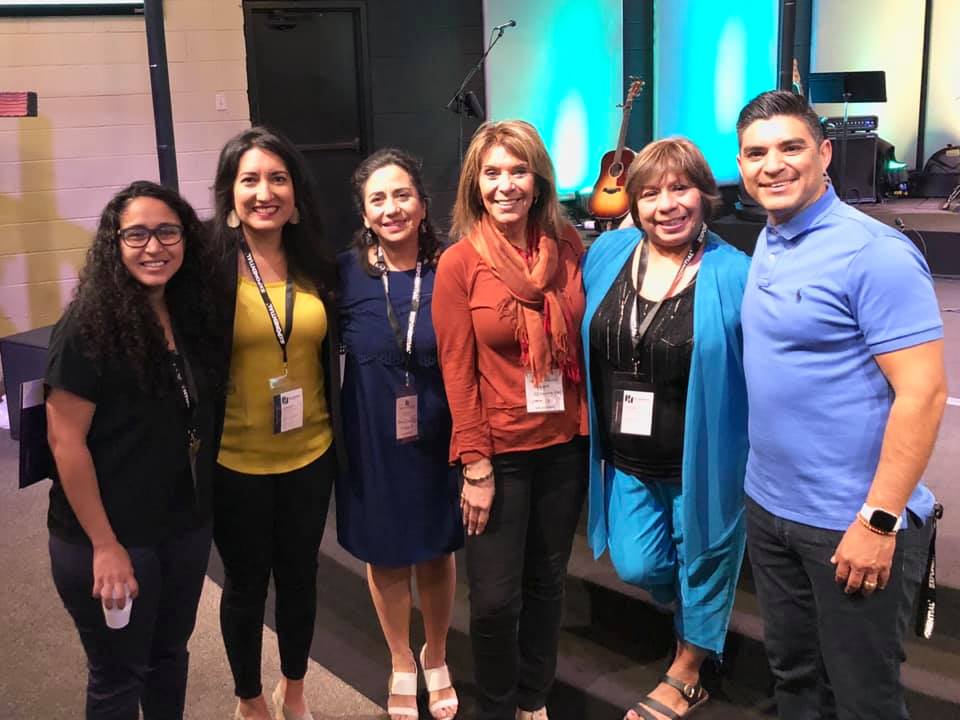 How do you bring the gospel to the church’s community?

“Church is not only on Sundays or in the church building,” said Mirtha Villafane, pastor of Latino American CRC in Anaheim, California. As the Hispanic Ministry Developer for Classis Greater Los Angeles and a Resonate local mission leader, Villafane is involved in many roles dedicated to seeing the Latino community in Southern California thrive.

“All my jobs are interconnected,” she said. “I love to do this. That’s one of the reasons I wear hat and hat and hat … I want to see results.”

One of Villafane’s focuses is on training and equipping leaders. She works closely with a leadership team at Latino American CRC to oversee the church’s ministry. She notes that her other roles connect her with many resources that are helpful to her church members and enable her to think outside of the box as a pastor.

“I’d like to see many people in ministry and changing the Latino community,” she said. “That’s a dream.”

What are the challenges moving forward?

Pastors are passionate about their callings to ministry—whether that’s in a church building, an office, a university classroom, or a cigar shop—but being bivocational doesn’t come without challenges.

“I am limited in how many conferences I can attend, how many meetings I can participate in or hold, how much reading and prep work I can do,” said Paravisini. “There is not enough time, and some of the best hours of the day are given to my place of employment. It is exhausting to work at two ‘jobs’ with the same level of passion and energy.”

“Ministry jobs are never half-time,” said DeJong McCarron. “No matter what, it’s living inside you and in your person. We’re all called to live out our identity in Christ where God calls us.”