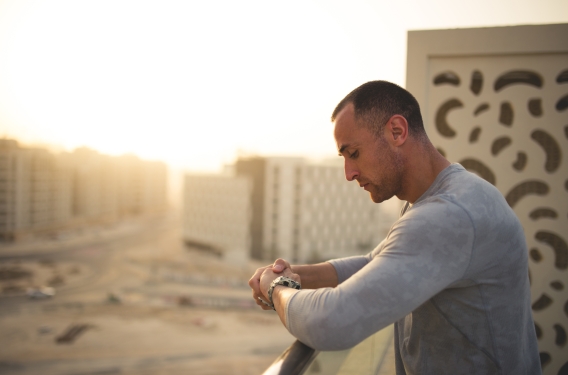 Ahmed memorized the Koran by age 13. He attended a prestigious Islamic University in the Middle East and was well on his way toward becoming an imam—his family was so proud.

“By age 21, it had all fallen apart,” said Resonate Global Mission missionary Nick.

Ahmed tried to hide his doubts about Islam. He sought answers to his questions and saved his research and thoughts in a secret file on his computer. But somehow his family discovered the file. They were horrified. Ahmed was supposed to be an imam—and they believed that having an imam in the family would earn them all many points toward a place in eternity. If Ahmed converted to Christianity, it would be disgraceful for them.

“They chained him, beat him,” said Nick. “Left him for dead in their backyard.”

But that night, Ahmed’s sister freed him and sneaked him to a hospital. She gave him what money she could and told him to leave town. As is common for Muslims in this Middle Eastern country who ask questions about Christianity, Ahmed wasn’t safe near his family. Neither was his sister. She was killed for helping him to escape.

Coming to Faith in Christ

Traumatized, confused, and grieved, Ahmed fled town and somehow found a small church that operates underground. While it can be dangerous for Christians to share the gospel with people from a Muslim background, the church took Ahmed in. A brave pastor answered Ahmed’s questions and led him to Christ.

Still, Ahmed had a lot of questions about Christianity—questions about the Trinity, how Jesus can know what the Father knows, and the differences between the Old Testament and the New Testament.

That’s when Ahmed started meeting with your Resonate missionary Nick.

“My role is to bring him into the depths of Scripture in an effort to understand the difficult questions that former Muslims have about Christianity,” said Nick.

Sometimes, Nick will write Ahmed’s questions down and research them for their next meeting. Most of the time, however, they find the answers together during their Bible study. They also talk a lot about Ahmed’s sister—her death was hard on him. Nick is able to encourage him with God’s truth.

Ahmed had once memorized the Koran, but now he’s memorizing the New Testament—and he’s passionate about sharing his Christian faith with Muslims who are also questioning their Islamic roots.

“[He] has an amazing ability and genius to use the Koran to bring other questioning Muslims to faith [in Christ],” said Nick. “He uses the Koran to introduce them to the Jesus of the Bible.”

Thank you for providing much-needed support for Ahmed by sending Resonate missionaries to his country. Please pray for Ahmed as he continues to grow in his relationship with Jesus, heal from his past, and share his faith.

Names have been changed for security purposes.