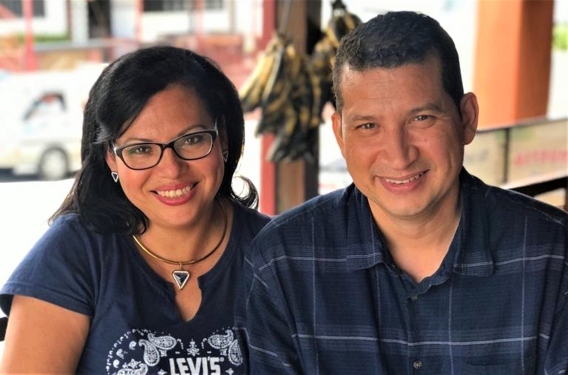 After 10 years of marriage, Gerardo and Karla started to feel distant from each other. But then Resonate Global Mission missionaries Steve and Kim Holtrop invited them to a marriage retreat. The couple learned firsthand how a healthy marriage can help make for a healthy ministry.

Leaders like Gerardo work hard for their ministries to succeed, and sometimes their own well-being and personal lives unintentionally get put on hold. After 10 years of marriage, Gerardo and his wife, Karla, found that they weren’t as close as they once had been.

“We had tests, encounters, and disagreements that we neglected in our relationship as a couple, opening a gap that gradually distanced us from one another,” said Gerardo.

Steve and Kim Holtrop know that healthy marriages are important for healthy ministry. As Resonate’s regional mission leader for Central America, Steve wanted to help Gerardo and his ministry at Seeds of New Creation to thrive by providing him with an opportunity to focus on his personal life.

In partnership with the Network Nourishment program—which seeks to cultivate networks between organizational leaders in Central America—Steve and Kim invited Gerardo and Karla to a marriage retreat in Costa Rica.

“When people are personally transformed, it has an impact on what they do, and it makes them better people,” said Steve. “And I think there’s a recognition that Resonate as an organization is interested in these couples and the kind of work they can do—and by sending them to something like this, it shows them that we’re interested in who they are.”

Along with two other couples, Gerardo and Karla spent a weekend working on their marriage. Through time spent discussing specific themes and focusing on listening to each other, Gerardo and Karla left the experience feeling restored and ready to move forward.

“We returned from the encounter with a new marriage, renewed vows, and the necessary tools to work every day in our relationship,” said Gerardo. For their children and the people around them, the couple now hopes to model “the marriage that God expects.”

Gerardo and Karla have regular follow-up meetings with the two other couples and one of the retreat leaders. Through these interactions, said Gerardo, they are reminded of how the retreat was—and continues to be—a blessing for them.

“Before leaving the encounter, we made the decision to accompany other couples, transmitting part of our experience and thus strengthening other marriages,” said Gerardo. “As we remember each moment from the marriage encounter, we thank God for giving us that great blessing through Resonate ... He allowed us to reconnect as a couple.”