Financial Peace in a Time of Uncertainty 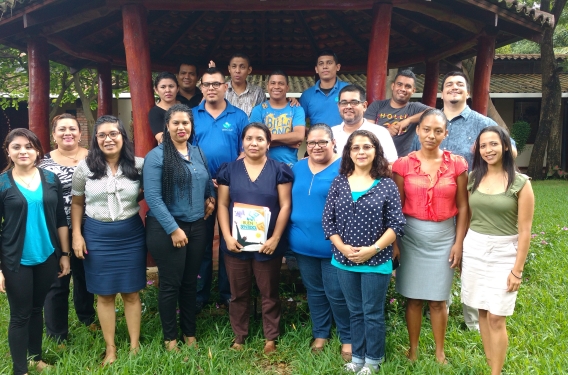 In the midst of recent social, economic, and political upheaval in Nicaragua, Finances for the Kingdom graduates like Ricardo and Violeta* have one less thing to worry about.

“We all live day-to-day in Nicaragua,” said Jesse Rodriguez, a Resonate Global Mission missionary. “Nicaragua is the second poorest country in the Americas, with low levels in education, health, and economic income. The political crisis has made life unpredictable.”

Along with the daily struggles Nicaraguans face, protests and violence are causing increased financial strain for families. Since unrest began in April 2018, protests demanding the resignation of the Nicaraguan president have spread across the country. The resulting crowds and roadblocks disrupt business, services, and travel.

Driving became dangerous for Ricardo, who traveled many miles to commute to his sales job and visit clients.

Then the crisis reached a new, more personal level of stress—Ricardo lost his job.

Before he participated in the Finances for the Kingdom program, Ricardo’s loss of income would have been devastating for him and Violeta. While they both had good jobs and a decent income, they were spenders. They had no savings, no financial plan, and a lot of debt.

“Many Nicaraguans grew up with very limited teaching about God’s purpose for humankind, which includes stewardship of financial resources,” said Jesse. “Little or nothing has been established for a sound theology of healthy finances.”

That’s why Rodriguez and his wife, Jari, helped establish the Finances for the Kingdom program. Facilitated by the Nehemiah Center, a Resonate Global Mission partner, the program provides basic and contextual financial education through a biblical worldview for young professionals and ministry leaders like Ricardo and Violeta.

Violeta and Ricardo were able to shift their financial perspective and habits. They now budget, save, and plan together as an act of worship to God. And before the recent political crisis began, they were able to pay off all but one of their debts.

“Violeta feels that God was preparing them for this political situation, and they now have enough money saved for emergencies,” said Jesse. “When panic sets in and tomorrow is uncertain, they remain at peace.”

Thank you for providing Ricardo and Violeta with the training they needed to live with relative financial security during Nicaragua’s civil unrest.

Financial strain is only one part of the struggle Nicaraguans are facing, however. Please pray for safety, security, and provision for Ricardo and Violeta and other families. Ask God to comfort those who are grieving the loss of loved ones and to restore peace and justice to Nicaragua.

A version of this article was originally published on crcna.org.