Churches Reach Out to Muslim Neighbors through Mission Montreal 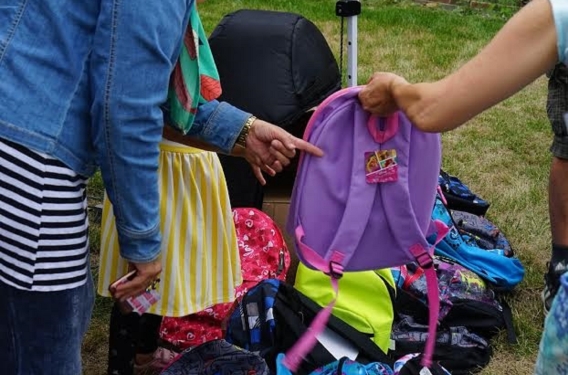 Before fleeing her home in Cameroon, Genevieve* worked as a nurse. As a refugee living in the Saint Laurent borough of Montreal, Quebec, however, Genevieve found herself unable to use her nursing skills to make a living for herself and her three children.

Montreal is the largest city in Quebec and has a rapidly-growing population of immigrants. This provides many opportunities for Christians to be good neighbors.

“When immigrants first arrive in Montreal, they long for an authentic contact with local people who can introduce them to Canadian culture and answer some of their questions,” says Pam Gebauer, a volunteer of a local ministry called Christian Direction. For Genevieve, Gebauer was that contact.

Gebauer first met Genevieve at a food pantry in Saint Laurent, where Gebauer invited Genevieve to join an English conversation group to help her practice her language skills and work toward getting a nursing job.

“As a single mother Genevieve was struggling to support her children in a new culture with very limited resources, but with great intelligence, desire to work, and hope toward the future,” said Gebauer.

Conversation groups like the one that Genevive attends are just one of many ways that Mission Montreal has been reaching out to Saint Laurent’s refugee and immigrant population. Mission Montreal is a partnership between Christian Direction, Resonate Global Mission, Diaconal Ministries Canada, First CRC Montreal, and Classis Eastern Canada.

“We see the Christian Reformed Church as an invaluable partner,” adds Glenn Smith, executive director of Christian Direction. “We’ve been in Quebec a long time, we’ve got good roots. But we’re a small organization."

"We know that we can’t accomplish either the mission or vision God has called us to without partnerships.”

Mission Montreal has worked with 12 local churches to engage with newcomers through ministry and outreach events. At a 2016 Back to School Family Festival, for example, Genevieve's children were three of 250 children to receive school supplies, play games, and eat Halal hot dogs.

Chad Polito, another employee at Christian Direction, added that the festival and other events meet real needs of families while also giving churches the opportunity to have discussions about their faith and share some Christian materials with families who often come from Muslim backgrounds.

“We were very pleased that most of the parents at the distribution of school supplies accepted a gift of a small Christian book for their children,” said Polito. “In addition 100 Christian DVDs, 27 books and 122 portions of Scripture were given out at the literature table for adults.”

Since joining the English conversation groups, Genevieve has been able to secure a job as a nurse’s aid. She is close to completing her training and receiving her credentials to be hired as a nurse.

The method of finding where God is already at work, coming alongside of efforts like those of Christian Direction that have a long track record, and adding the CRC’s gifts and resources to the mix can be a great template that Resonate can be introduced to other places.

“From the beginning, we’ve said we want Montreal to be a laboratory and a classroom for the CRCNA,” says Joel Huyser, who serves with CRWM. “Rather than seeing the places that we do mission simply as ‘receivers,’ we see them as places to learn together.”