'Being the Only Bible Some Will Ever Read' 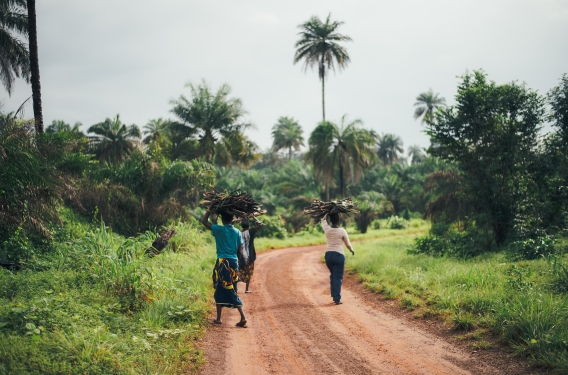 Evangelism has a bad reputation ... what should it really look like?

Evangelism has a bad reputation. Many people think of colonialism, televangelists shouting about burning in hell on cable, and Christians standing on street corners with signs that say, “PREPARE TO MEET THY GOD!”

But every day, Resonate Global Mission missionaries and other ministry leaders are working toward painting a different portrait of evangelism as they share the gospel in loving ways.

When it comes to evangelism, motive and method make a big difference, said Resonate missionary Linda.

Linda serves among a people group from a Muslim background in which Islamic customs and traditions are deeply embedded in culture. Many are resistant to the gospel, but Linda has a heart to see members of this people group know Jesus as Lord and Savior. She was welcomed as a neighbor and has lived among them for nearly 30 years, forming deep friendships.

“I like the term embodying the gospel,” she said. “Living it out, being the hands and feet of Jesus, being the only Bible that some will ever read … With this kind of ministry it is often a 1000 tiny things rather than one big thing that inches people along the road to Jesus.”

After years of living alongside them—laughing and crying, working, playing, and praying—people are starting to follow Christ.

Amadou is one young man who accepted Christ after becoming friends with Linda. Amadou was intrigued by Linda’s character and once remarked how “good” she was.

“That was an open door for a long discussion about the only one who can truly be called ‘good’ and that if there is any goodness in me it is because of him who lives within me,” said Linda.

After nearly a decade, Amadou decided to follow Christ—and his changed behavior is attracting other people to Christ. Another young man recognized there was something different about Amadou and wanted to spend more time with him. The two of them even became roommates. Eventually, this man also decided to accept Christ.

Since then, six more people have decided to follow Christ.

“Even before [Amadou] made that final step he began attracting others to Jesus because of the change that the Lord was bringing about in his life,” said Linda. “His integrity, his honesty, his servant heart, his humility and eventually his passion for the Lord, drew and continues to draw others into the kingdom.”

The Holy Spirit works powerfully through believers who live in community and do their best to embody the gospel. This way of sharing the gospel isn't just effective in West Africa but in neighborhoods throughout Canada, the United States, and the world. Want to learn how to be more present in your own community? Resonate's Joining God in the Neighborhood offers online cohorts. Learn more at www.resonateglobalmission.org/joining