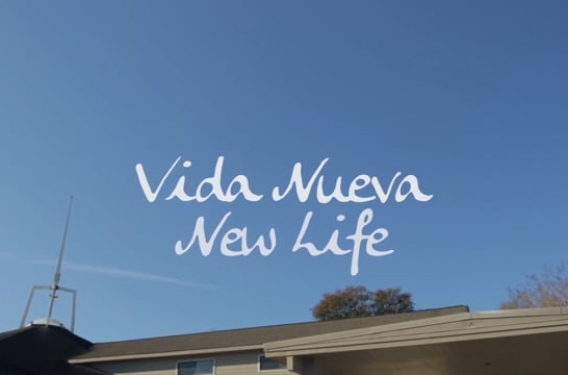 Clarence Presley just stepped into the role as Resonate Global Mission's regional mission leader for the Western USA region. Here are five interesting facts you should know about him and how he can work with you, your church, and community.

1. Clarence has a history working in mission.

Clarence is a church planter and mission network developer, and he also served as a Resonate local mission leader in the Pacific Northwest before stepping into the role as regional mission leader. You can also check out his YouTube channel where he dives into conversations about church, community engagement, and mission.

2. He believes everyone has a role to play in living out God’s call to be witnesses.

Twenty years ago, Clarence planted Word of Truth and more recently has developed a network called Kingdom In Neighborhoods (KIN), a network for people who are passionate about bringing God’s Shalom to their communities. The network includes pastors and church planters, but also any “person of peace” in neighborhoods, including, for instance, the grandmother who runs daycare out of her house.

“In a neighborhood where you’re experiencing some tension among young adults, the church can’t really speak to that, but that grandmother—who has been a caregiver to these people—has an advantage because they respect her. We want to come alongside folks like that as well,” said Clarence.

Over the past years, KIN has grown to include 26 ministry leaders and has even brought in two new church planters to the CRCNA.

3. He started a youth football league that serves more than 8,000 people. It’s one of the unique, innovative ways he sees God working through mission.

Clarence lives in Seattle, Washington. He was hearing that there was a disconnect between people and the police in his community, so Clarence partnered with the Seattle Police Department to bridge conversations of peace by creating a flag and tackle football league. Serving more than 8,000 people, the youth league has helped bring the community together. Parents, children, and police officers, who are coaching, can build relationships that help bring God’s Shalom into the city.

It may not be the first thing that comes to mind when someone says “mission,” but it’s an example of one of the innovative ways Clarence sees God at work in communities throughout the Western USA region and the CRNCA.

“There are a ton of new things that are bubbling up as we speak within churches and individuals,” said Clarence. “I’m excited about the imagination of some of those who are sitting in classes or who are committed to their churches and communities throughout the region. I’m excited to hear their stories.

4. He’s a great coach and consultant and wants to see you, your church, and your community living into your God-given potential.

“I love seeing people ‘get it’ and being released into what they’re called to do,” said Clarence. “Just seeing the potential that lies within the Western USA region and the CRNCA really excites me. I’m excited about the possibility of seeing people and churches living into their full potential of God’s call on their life and community.”

He believes everyone has unique gifts, skills, and opportunities to help work toward building God’s kingdom.

“We have to pay attention to the call on people’s life and their unique fingerprint that the Lord is calling them to add to this beautiful diverse family that makes up the family of God,” he said.

5. He’s excited to partner with you.

Clarence is excited to partner with classes, churches, and individuals to live out God’s call in their neighborhoods and the world.

“Resonate, my team, and I want to come alongside classes, churches, and individuals as a partner in mission,” said Clarence. “I want to be a listener. I think it’s important to listen and to pay attention to where the Holy Spirit is already at work—and to join in that work instead of trying to recreate something or create something brand new.”

A Word from Clarence about the season the church is in right now:

I know sometimes, especially with this pandemic, we’re finding issues that are polarizing in our communities, and there’s a sense of fear. And even the disciples ask Jesus, ‘Lord when are you going to restore Israel?’ I know some people are longing to restore church to the way it was, but Jesus shares that it’s not about restoring Israel. We have a great eternal mission that is even bigger than that.

I know some hard things are happening in churches right now, but it could very well be that God is nudging us right now into something new. Some old things might have to die. A system. Maybe a way we used to do mission. The method may die, but the message is going to remain the same.

We celebrate the good things God has done, but we also should be celebrating what God is doing and looking forward to what God is going to do.

I think we can really see God’s work flourish in our denomination in this season. I look forward to getting a chance to sit in some of the classes meetings and getting a chance to meet not only the pastors and elders and deacons but talking to folks from the congregations. I think the more that we listen to the people that God has placed in our communities, the healthier we’re going to become.”

Want to connect with Clarence and his team about how God is calling you, your church, and your community to engage God's mission? You can send Clarence an email at cpresley@crcna.org.