A Second Chance at a Calling

“I sort of had this opportunity to be a missionary early on,” said Resonate Global Mission missionary Jordan Roeda. But when Jordan didn’t take the opportunity, he thought he had missed his calling.

“I really wanted to go out and do ministry-type things as early as possible,” said Jordan. In high school, he jumped into short-term mission trips, including a summer program in Nigeria through Resonate Global Mission (then Christian Reformed World Missions). But right from the moment the plane took off, the trip wasn’t what he expected.

“For six hours, I tried to convince my seatmate that he was wrong and irrational for being an atheist,” said Jordan. “Finally, one of the other passengers interrupted us and said, ‘Guys, I think you’ve been over it. I don’t think there’s anything left to say.’ The whole cabin erupted into applause.”

Then the guest house where he and his teammates were staying was robbed while they were visiting another region for a few nights.

“There was also a family staying there,” said Jordan. “When we came back, we could see the damage. Our Nigeria host said to us: ‘We’re so glad that God protected you.’ In my head, I was thinking: What did God have to do with it? Why did he protect us and not this family?

By the time Jordan returned to the United States, he was confused and discouraged. “I went into a period of spiritual darkness where I was not sure of my call at all,” he said. “And also not sure that God was good.”

Jordan felt like the door to international mission was closed, but he still wanted to walk alongside people in developing countries. He pursued studies in international development instead. He continued to ask difficult questions of faith and try to reconcile his experience in Nigeria. He even went back to West Africa to study for a semester, but nothing felt resolved.

“I was in a place where I said to God: If you want a relationship, it’s up to you. I think I’ve tried everything that I can,” said Jordan. “I kind of expected that to be the end.”

But just a few weeks later, he met his wife, Rebecca Deng. 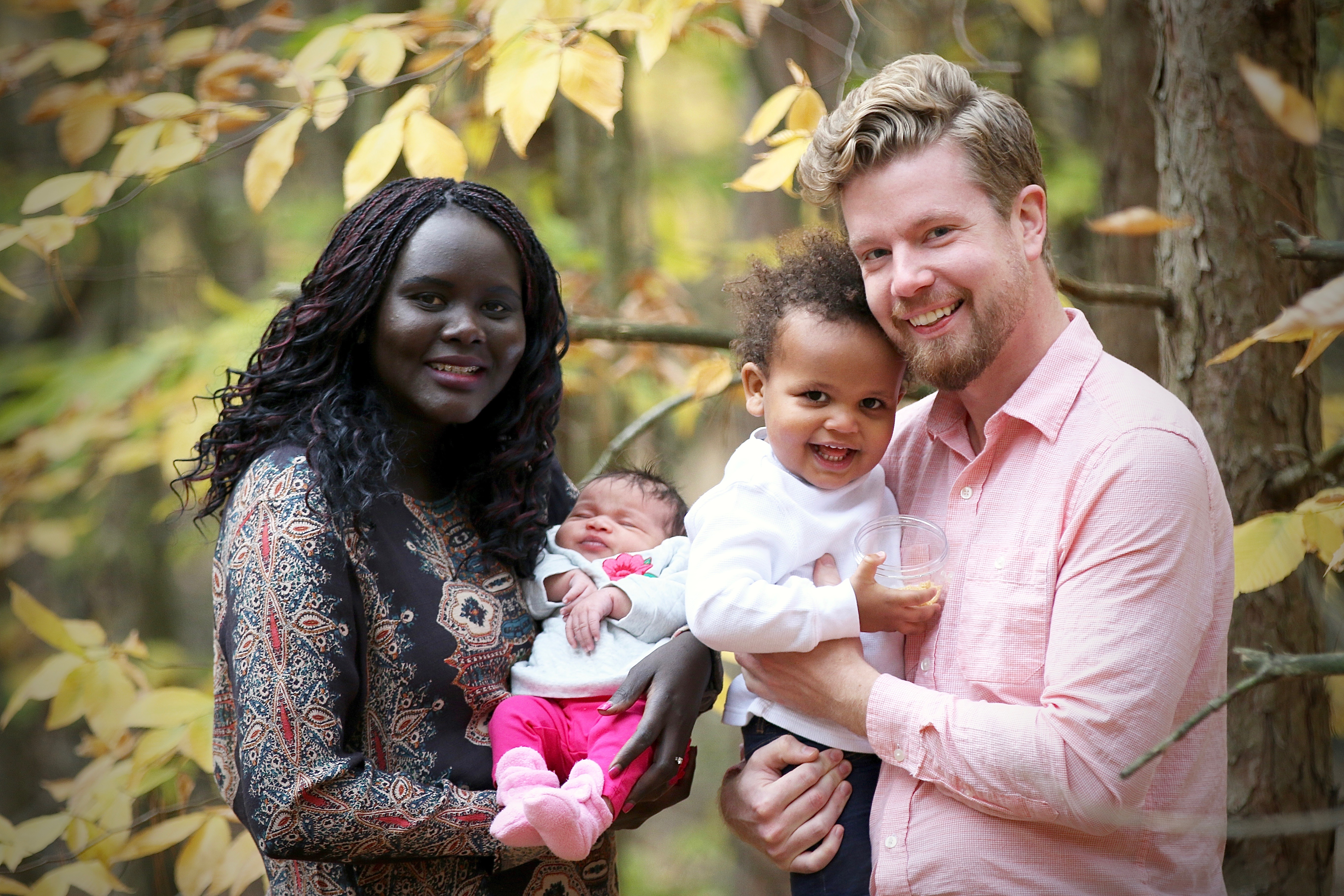 Born in South Sudan, Rebecca lost her parents in the civil war. She lived in a refugee camp for eight years before moving alone to the United States. Rebecca’s faith perplexed Jordan. Despite Rebecca’s experiences, she firmly believed God was good—and she consistently pressed Jordan about his own faith.

Eventually, he couldn’t avoid the conversation anymore. He asked her: “Rebecca, how can you believe that God is good with everything that has happened to you?”

“Jordan,” she responded, “you are studying international development because you want to go out and help people. When we were in the war, those people weren’t there for us. They would show up in their land cruisers, and then get out and take notes and drive away. God was the only one who was there for us.”

“It felt like a pretty loud answer,” said Jordan.

Jordan and Rebecca got married and moved to Washington, D.C., in preparation for moving to South Sudan for development work—they had plane tickets. But the night before they were supposed to leave, the South Sudanese civil war started. Now, Jordan not only thought that he had missed his opportunity to be a missionary, but he thought the door to working in international development had closed too.

They moved to Holland, Michigan, instead. Jordan got a job and worked in consulting on the side. They bought a house. They welcomed their son into the world. “My focus was really exclusively on just trying to create a comfortable life,” said Jordan.

But then Jordan’s four-month-old son developed allergies and a rash.

“He would rub all his body until his skin would weep like a wound weeps,” said Jordan. “We would actually hold his hands at night, which meant we hardly got any sleep at all. It was those long dark nights … I really experienced the love of God directly for the first time.” 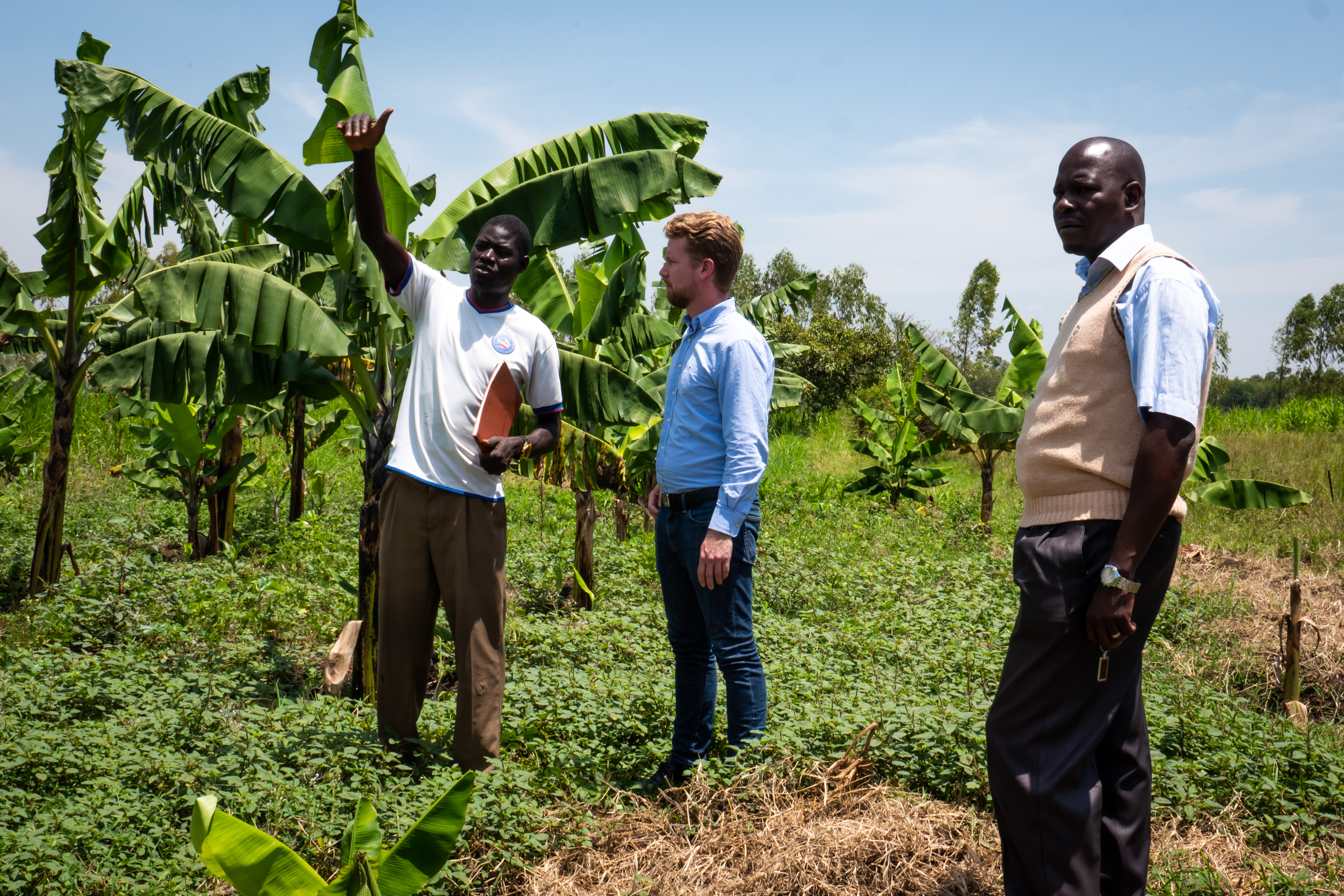 During that time, Jordan was working 12-hour days and wasn’t able to take time off from his job to be with his family, so he resigned. It gave him time to search for new job opportunities. For the first time, he looked into mission careers.

He found a job serving with Resonate as a development lecturer at Pentecostal Theological College (PTC) in Uganda—a job that combined international development and mission.

“It was a moment of grace,” said Jordan. “I felt that because I sort of had this opportunity early on to be a missionary and hadn’t taken it, that door was closed. I spent so many years trying to do something different … I received all those years back.”

At PTC, Jordan will combine his experience in international development and his passion for mission by equipping spiritual leaders in Uganda to minister to their congregations in every aspect of life.

Churches in Uganda cannot financially support pastors, so Jordan will work with PTC to equip pastors with skills in technology, agribusiness, entrepreneurship, and community development. Not only will these skills enable pastors to earn a source of income, but pastors will be able to more effectively minister to their congregations through their daily actions.

“Jesus is so intentional about challenging people’s expectations here in the material world,” said Jordan. “He’s raising the dead. He’s creating food for people who are hungry. It’s not that these physical things are the end all in themselves, but they open up this way of changing how we think about God and how we think about spiritual things by starting with the concrete … we can help people see what God is doing.”

Praise God for his faithfulness in establishing Jordan’s steps and making his paths straight. Pray that God would be seen and known through Jordan, Rebecca, their children, and the ministry leaders at PTC as they build God’s kingdom in their communities.

Watch this video to learn more about Jordan and Rebecca's ministry.